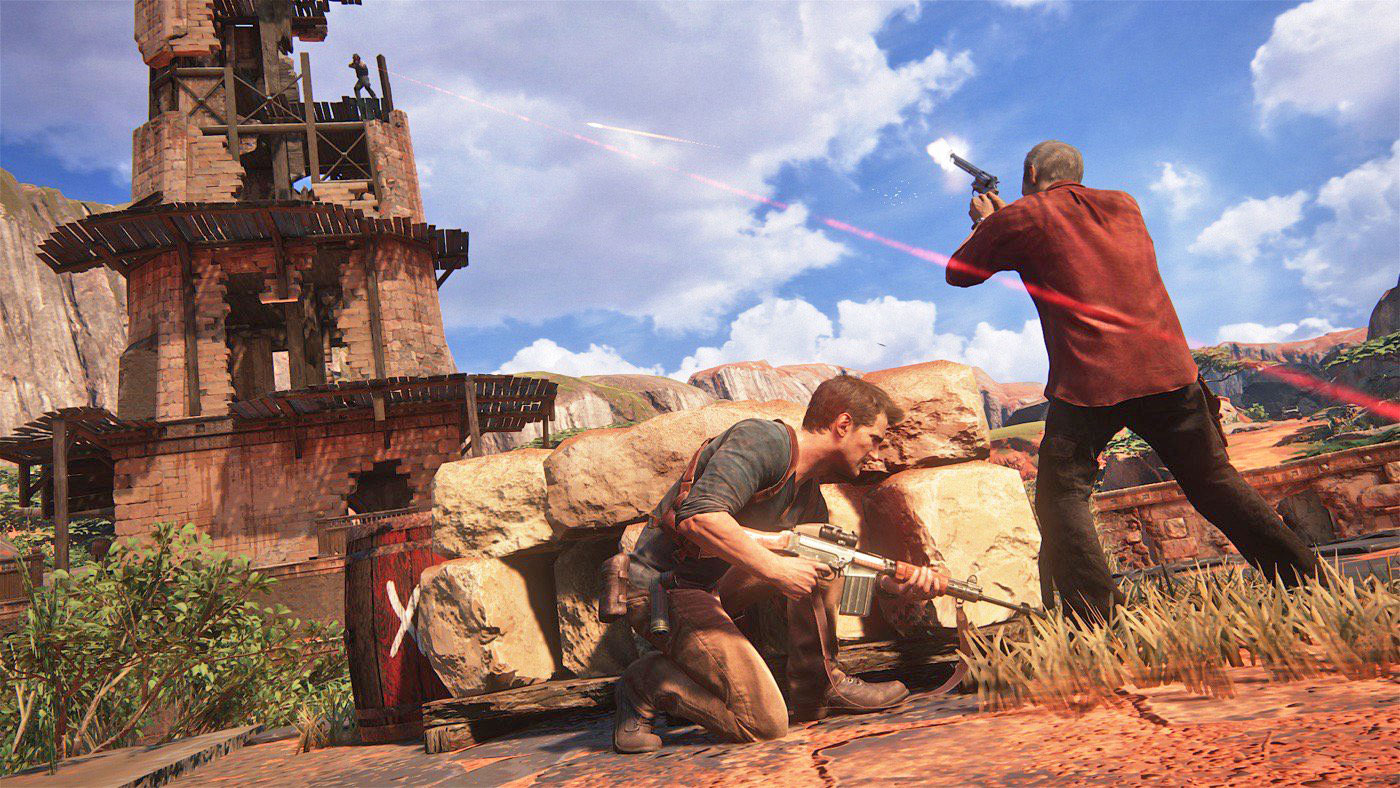 Alex has been playing “Uncharted 4”

It’s not too often that a game deeply affects me on an emotional level, but I’ll be damned if Uncharted 4 didn’t get to me. More so than the crazy action set pieces and tense combat, the thing that I can’t get out of my head is the existential crisis presented through Nathan Drake. Here’s a man who’s lived a life full of all sorts of adventure and danger, and we see him now struggling to adjust to a life of comfort and normalcy. He files paperwork and plays PlayStation with his wife, Elena, all while nostalgically going through his collected treasures and longingly staring at paintings of wild scenery. There’s this soul crushing moment where he’s kissing Elena and she stops to ask him, “Are you happy?” And he pauses. Because he isn’t, no matter how much he wants to be.

As someone who’s graduated from college semi-recently and is now stumbling around a desk job in “the real world,” I couldn’t help but feel like the question was being asked to me directly. After various adventures and freedoms of being a student, the 9-5 work life leaves me ever-yearning for days past and wondering what I really want out of my life. As a result, I was more emotionally invested in Drake than I’ve ever been before, seeing him as a real person with regrets and flaws as opposed to just a generic action hero. The campaign feels like actual human drama, as Drake is now seeking adventure because of who he is as a person more so than the adventure being thrust upon him. And as I played the game to the conclusion and got to see how Drake was able to balance stability with purpose in his life pursuits, I couldn’t help but feel inspired to figure out the same with my own life.

So kudos to you, Naughty Dog. As if it wasn’t enough to blow me away with cutting edge graphics and crazy frenetic fun, you had to go and leave an imprint on my life too.

Luckily, even after I’ve gone through the campaign, the multiplayer is a fantastic way to keep me hooked on the Uncharted action. The inclusion of the grappling hook and platforming in all of the levels make flanking, escaping, and grabbing vantage points almost as fun as the fighting itself. The formation of loadouts with various guns and abilities feels like Call of Duty, the staggering amount of cosmetics available to unlock feels like Team Fortress 2, and the third-person cover-based firefights full of downing and reviving opponents feels like Gears of War. Despite having its fingers in all of those pies, Uncharted 4 multiplayer doesn’t feel like a diluted ripoff, but instead a great culmination of several multiplayer styles into one cohesive damn good time.

Seriously, if you have a PS4, you owe it to yourself to play this game. – Alex Suffolk