If you’ve seen Kong: Skull Island, then you know that Kong is the best part of the movie and that’s kind of the point. The film begins, interestingly enough, in WW2. In the opening scene, an American and a Japanese pilot are both shot down on a desert island we will come to know as Skull Island. The two engage in a ferocious battle before being interrupted by the arrival of the titular King Kong.

In a way, the above scene is kind of a good summary of the film as a whole. The characters, their problems; they’re all besides the point in the end, as they’re all just set dressing for the King. As hard as they try, the actors just can’t seem to work their way out of their stereotypical action movie roles – although it is quite funny to see Tom Hiddleston trying to pull off the quintessential action movie badass when we all know, sir, your accent is way too posh for that.

The only actor that succeeds in pulling some of the movie back from Kong is John C Reilly’s unhinged marooned pilot, with some sharp comic relief. Kong is the best thing about this movie, and it’s therefore unsurprising that pretty much all of the best scenes have him in them.

What Skull island cares about the most is its monsters and that’s unsurprising given the set up for a monster universe in the (spoilers) after-credits sequence, in which we see pictures teasing all of the classic Kaiju monsters from King Ghidorah to Mothra. The entire film is basically a build up to the promise of this universe: as you may have heard, Kong’s unusually large size in the film is in preparation for him to fight Godzilla.

“This world never belonged to us. It belonged to them,” a character says at the end of the film, and this may well be the thesis statement of this new movie franchise. Similar to 2013’s Godzilla, King Kong is framed as a protector of humanity, ultimately trying to defend mankind against something even bigger and nastier than he is – even if he does squish a number of humans along the way. The franchise that Universal and Warner Bros. is trying to create seems to be building on the idea of the monsters themselves stepping into the role of the saviour of humanity.

Basically, I don’t like humanity’s odds in these movies. I mean ours odds against a regular giant monster attack are pretty slim, according to a recent infographic produced by 888poker (1/1159 million), so how will we do against a threat so great that we need King Kong to fight it? I wouldn’t be betting on humanity, that’s for sure.

This new franchise will most likely rain not only destruction down on humanity, but a level of destruction that no human hero can face – evident in the fact that the franchise doesn’t seem to have any human heroes lining up to face the threat. The next Godzilla movie has ditched its previous cast for Stranger Things’ Millie Bobbie Brown and the cast of Skull Island is unlikely to join King Kong in his fight against Godzilla on account of being stuck in the ’70s. So I guess the real question of this franchise is, in a world of monsters, is humanity irrelevant? 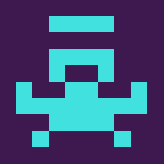 Scarlett Halford is a contributor for The Young Folks.