An Overview of the 2012 Sitges Film Festival As young folks, sometimes we aren’t aware of all the film festivals going on, especially the ones that are in other countries. Fortunately for you, you have me! Who just so happens to be in Spain, Catalunya specifically, in a small town called Sitges (the g is silent), just 45 minutes (by train) southwest of Barcelona. Every year since 1967, Sitges has hosted the Festival Internacional de Cinema Fantàstic de Catalunya, which has become quite popular in Europe.  You can even see some of the Hollywood crowd hanging around such as Quentin Tarantino, Anthony Hopkins, David Lynch, Vin Diesel, Guillermo del Toro, Eli Roth, Douglas Trumbull, Elijah Wood, and many more.

Throughout the festival, which this year lasted 10 days, three theaters played approximately eight films throughout the day, starting around 8 or 9 in the morning, with the shorts playing in succession around 1 in the morning. Something to keep in mind, if you hope to go to the next Sitges film festival, is that not every film is necessarily horror, sci-fi, or fantasy. Some are action (Looper), some are for kids (Hotel Transylvania), or modern classics like Memento or Reservoir Dogs. However, you can be sure that Sitges is still where the naughty come to play and where the dead come back for the night. Unfortunately, this year the dead tried coming back to life but the rain kept them at bay. But even if the zombies did come back to life, this year it would have been fun only because the streets of Sitges are what some would call death traps. They are narrow, and some go up hill, not exactly the best when running from the undead.

Nonetheless, the weirdoes, dead, and film enthusiasts are all present and accounted for when waiting in line or when shopping for some t-shirts or posters. Not to mention the yummy food that you’re bound to eat while waiting for your next movie.  But please keep in mind that here in Europe, The Sitges Film Festival is very popular. Therefore, please remember to book a hotel or hostel in advancem and they’ll even give you deals on tickets depending on how many you buy. Also, keep in mind that membership to certain places like Club Fnac Oci I Cultura, Amiga Desigual, Club TR3SC, etc. give discounts as well. (Sorry folks! That means Americans and those who do not live in Europe, you’ll have to pay full price.) If next year you find yourself in Europe, forget the movie marathons at home; come to Sitges, not just for the food and Zombie Walk but also for the amazing selection of films. You won’t regret it. During my time in Sitges, I saw several films –okay, I saw only two. The tickets are expensive, and that’s what I get for buying tickets the day of. (I am a horrible movie person, I know but I digress.) One film I saw was Nightbreed: The Cabal Cut. I had thought this was an original, never released film but then Russell Cherrington, the restoration director, was introduced; begin the grand applause of the audience. My next thought was that there were die-hard fans here, and I have never heard nor seen this movie (shrink in my seat, I did!).

Russell was there to explain his experience with Clive Barker, the newfound footage, and finally the re-release. However, the first thing he did was thank the fans and announce to the audience, “You’re going to watch Clive Barker’s novel, “Cabal” come to life on screen.” If you, like me, have never heard of Cabal, then shame on us, but at least we know who Clive Barker is… hopefully. If you don’t, allow me to educate you. Clive Barker, in short, is a writer, who also dabbles in production and directing. Barker directed the first Hellraiser and produced and wrote all the other Hellraiser films. Even though Clive Barker did not grace us with his presence, Russell himself did speak a lot about what Barker thought of The Cabal Cut. In the Q&A, after the movie, Russell told fans that Clive after seeing this version began to cry because he loved it so much. You see what else Russell had to say on the film and Clive in the videos at the bottom of the post.

Amanda Trevino is a contributor to The Young Folks. She’s currently studying communications and Spanish in Barcelona, Spain.

Check out photos from the Sitges Zombie Walk and the Russell Cherrington Q&A:

Videos from the Russell Cherrington Nightbreed: The Cabal Cut Q&A: 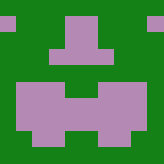