Well, the time has come for yet another Star Wars film to come out, and of course, it’s time for all kinds of lists! We could make lists about all kinds of things, but in this piece, we want to celebrate the original vision of millionaire George Lucas, and billionaires at Disney with their highly marketable characters!

Star Wars is a franchise packed to the brim with so many characters with cool designs that the fanbase turned Boba Fett into a national icon and collected millions of tiny plastic toys! He has less than five minutes of screen time on film because he looks like a wicked sweet action figure! That’s right, every single character you’ve probably seen on screen in a Star Wars movie probably has a name, a toy, a tie in book and very likely a fully stacked Wookiepedia page!

Here are our picks with accompanying famous lines from beloved characters and behind the scenes facts about their creation throughout the historic cinematic saga! Names have been changed to reflect the new official canon by the Disney team, but don’t worry, we’ve included their old Fox/Legends names for keeping track!

Behind the Scenes: George and her father got into an argument about the semantics of CINEMA

Behind the Scenes: The actor was a door to door waterbed salesman when he met George Lucas, two days later he was cast at a lunch meeting!

Behind the Scenes: the actor behind the mask was recast fourteen times throughout production!

Behind the Scenes: Bossk has had a spinoff film in the works since Lucasfim was purchased in 2012 but has been unable to get off the ground with any writers or directors. Channing Tatum wants to play the iconic bounty hunter

Behind the Scenes: the actor sued Robot Chicken in 2008 for defamation of character even though George Lucas thought the skit was funny.

Behind the Scenes: JJ Abrams gave Daniel Crag lessons in transcendental meditation not long after the actor was announced to return as James Bond YET AGAIN, reducing his stress level on set immensely.

Behind the Scenes: reportedly the performance was based on Al Pacino in Serpico!

Behind the Scenes: The only actor to get residual checks on his action figure version of himself, Lucasfilm only gets the toy rights to his right arm, usually bundled with Obi Wan figures to show his brutal lightsaber skills!

Behind the Scenes: “WhAt AbOuT ThE DrOiD AtTaCk On ThE WoOkIeS?” is now a double meme

Mr. Face (aka Hammerhead) in Star Wars A New Hope

Behind the Scenes: Mr. Face was a character created exclusively for an Adidas brand deal that paid for George Lucas’ ferrari fixations.

Mostly Brows in The Phantom Menace

Behind the Scenes: Original auditions were by Chrisropher Eckleston in his college years, this character is a fan favorite pod racer!

Baffling Leprosy in Star Wars A New Hope
Behind the Scenes: Nobody knows where this character came from. Stan Winston never recalled the mask being created. Some say it was a ghost that appeared on set that day.

Behind the Scenes: An animated series has been in development hell since 2001, but now has just been confirmed for a reality cooking series on Diskey Plus instead, with Aquaman’s Justin Lin as the showrunner!

Behind the Scenes: This character was cut out since the 2003 laserdisk edition for being a little too mean spirited, but has since been added in the 4K HDR re-releases and new, kid friendly dialogue in place of what came before!

Behind the Scenes: Inspired by Stephen King’s Cujo!

Behind the Scenes: This character was going to be responsible for Marlboro cigarettes product placement but Kenner threatened to cut off the entire toy merchandising line if production went through

Behind the Scenes: Peter Mayhew would argue with hair and makeup department on the character’s hair. Often fussing with the comb over to instead sport the rockin’ middle part we know and love. By Return of the Jedi, everyone gave up, and the makeup team let him do everything himself. It paid off!

(We love you Peter Mayhew, a true inspiration of character acting)

Behind the Scenes: Harrison Ford, king of suave improvisation, never remembered any of his lines because George Lucas’ script was too dense and nonsensical for anyone to understand.

Behind the Scenes: Mark Hamill remembers all the worst lines they never used in the movie!

Behind the Scenes: I was once invited to Billy’s barbecue cookouts. I can make a pretty sweet macaroni salad.

Daniel Squares, PHD in SQUARES (AKA B-CP4) played by Anthony Daniels in Every Single Star Wars

Behind the Scenes: Anthony Daniels refuses to eat cheese! Theories surmise he had a bad experience with the craft services while shooting on location in Tunisia.

Behind the Scenes: Kenny Baker was always truly underrated and we miss him dearly.

Bowel Temptress in Revenge of the Sith

Behind the Scenes: His face never made it onto a lunch box

Viscous Bumblebee in Revenge of the Sith
Behind the Scenes: The first to die at the hand of the troopers during Order 69

Toilet Bear in The Last Jedi

Behind the Scenes: Rian Johnson wanted the historic cast of characters to each experience a moment of failure, and in this case, introducing Ceramic Laundry’s son was the key to his character growth. It was the first canonical introduction of a wookie son since the Jedi Academy novel trilogy.

Sloshed Satan (aka Labria) in Star Wars A New Hope

Behind the Scenes: Everyone has demons, and George Lucas keeps his well entertained at the classic cantina bar! What? Did you think Star Wars just magically came together to change the world and capture the zeitgeist? No way.

The only real, plausible reasoning that the franchise exists the way that it does is because his first wife was an incredible film editor and he was surrounded by supported, immensely talented peers that helped him steer his fantastical visions in the right direction.

The deal with Disney though, that’s where Sloshed Satan comes in. 40 year old cameos and blood contracts have to be paid at some point.

I am so glad you didn’t take this article seriously in any way and hope you have a lovely new decade, you beautiful soul.

Now get out there and see a Star War. 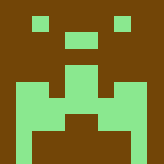