While I enjoy a pleasant conversation with Kelby, one of the subjects in the much anticipated documentary “Bully”, the movie’s director, a very tired Lee Hirsch joins us for a more formal interview process.  After introductions are dispensed with, it’s clear to me that this has been a long day for all involved with this project.  Some of the kids and parents who are part of the film have been meeting folks at the Ritz Carlton lobby for the last hour and even Harvey Weinstein was seen making the rounds; in all, a pretty busy day.  But when you feel you are on a mission….busy and tired are not enough to slow you down…

Only those who may have been living under a rock for the last month may not be aware of the trials and tribulations that the movie “Bully” has gone through to secure a PG-13 rating.  The journey from R to Unrated to PG-13 did seem as improbable as the chances of wiping bullying from the face of the earth…but perseverance has its rewards…

“Bully” has not only secured its PG-13 rating this week but it has been a hit in the markets where it has already opened.  A wider release is expected today and we have yet to learn if the controversy regarding the ratings fight and the sensitive subject matter translates into box office prowess.

Not that Hirsch was expecting any of this when he first tackled the issue. His reasons for doing this project were deeply personal. Bullied as a kid, Hirsch is quick to share that he feels that he probably became a filmmaker to find that voice that he didn’t really have when he was growing up.  “The idea of doing a film about bullying is something I carried with me for a long time and didn’t know how to do it, how to approach it.  I really just kind of hit that moment when I couldn’t just keep it away any more.  And as soon as you start, you triple the urgency…you  realize  you are doing something important that people need…at its core I wanted to create a film that gave people a voice”.

For anyone who has wondered if any of the hard to watch scenes were real, Hirsch shares that   he had absolutely no trouble in keeping it all real because he really fell into the background and the excitement of having a director running around the school with a small camera was only interesting to kids “for like a week”.  With a tired smile, Hirsch admits that “middle school drama is really more interesting than a guy with a camera.”  But in terms of being able to tell the real stories of all the families involved in this movie, he also feels that the movie is really a “testament to the families…who allowed their vulnerable moments to be captured.”

While the movie features more 5 different families, I ask Hirsch why he centered the narrative around young Alex, a shy and introspective 12-year old from Sioux City, Iowa who was born premature and defied all odds to make it into the world.  “I wished I had access to Kelby’s school…but the access issue dictated who became a subject in the movie.”  Following Alex gave him the access he needed to make a documentary and therefore became the central arc story “because it had a three act structure to it and so beautifully spoke to all parties, educators, parents… his transformation, which you see from the beginning on screen and the access dictated that.”

In fact, after watching the movie and the living hell that was Alex’ life in school and in the bus he took to and from school, I must say that it was a relief to see Alex in the flesh. After being so tormented and fragile-looking in the movie, he is now more grown up, stronger and taller than I remembered him from watching the film only two weeks earlier.  In fact, Alex seems confident and strong, which considering what he’s been through makes for a heck of a development. As a person who lived what his subjects in the movie are going through, Hirsch is very clear about how the movie changed his perspective. “I learned how easy it is to have people choose to stop it.  I learned how quickly, with the right spark, you can impact young people to make a difference.  I learned that it’s just as violent as I remembered it and that there is just as much indifference out there as I remembered it.  I learned that the numbers of people having this experience are in the millions…”

And what are kids experiencing bullying to do? “The onus should not be on them to fix the situation.  They need to keep looking for that person who will stand up for them.  There’s no magic bullet but they need to know that that they don’t have to endure that…that that’s illegal, that you don’t have to take that.  I think that is one of the strengths of this movie is that it tells kids you are not alone, there will be people who will stand with you… your experience is valid. Don’t let this get.  For a kid that’s getting beat up every day, that is torture, nothing else.  We want to build a movement that is pretty big, that stands with them and says we are changing this narrative…

And this he has done. The lessons learned in this process clearly do not stop with the release of the movie.  The movie has launched “The Bully Project,” a website that highlights solutions that both address immediate needs and lead to systemic change. Folks behind www.thebullyproject.com  hope this project will catalyze audience awareness to action with a series of tools and programs supported by regional and national partners. 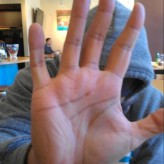