Many surprises occurred during last night’s celebratory event, but this year’s memorable stand-out was Lily Tomlin, who received the Lifetime Achievement Award for her work on stage, television, and film.

This years’ Screen Actors Guild proved to political, funny, and at times emotional. For film, Emma Stone and Viola Davis, won in their respective category as Female Actor in a Leading Role and Female Actor in a Supporting Role. Mahershala Ali won for Male Actor in a Supporting Role and the biggest surprise of the night was Denzel Washington winning for Male Actor in a Leading Role given that the favorites to win in that category were Ryan Gosling (La La Land) or Casey Affleck (Manchester By the Sea). Hidden Figures’ cast took home the award for Cast in a Motion Picture.

The SAG-AFTRA celebrated the work of Julia Louis-Dreyfus, Bryan Cranston, and the acclaimed series, The Crown, which won acting accolades for Claire Foy and John Lithgow. SAG winner, Sarah Paulson (American Crime Story: The People V. O.J Simpson) gave a shot out to the real life, Marcia Clark. This past summer’s hit, Stranger Things’ ensemble won the award for Ensemble in a Drama Series with a moving speech dictated by David Harbour.

Cast in a Motion Picture

Manchester by the Sea

Male Actor in a Leading Role

Casey Affleck – Manchester by the Sea

Female Actor in a Leading Role

Emily Blunt – The Girl on the Train

Male Actor in a Supporting Role

Lucas Hedges – Manchester by the Sea

Female Actor in a Supporting Role

Michelle Williams – Manchester by the Sea

Ensemble in a Drama Series

Male Actor in a Drama Series

Sterling K. Brown – This is Us

Female Actor in a Drama Series

Ensemble in a Comedy Series

Orange is the New Black

Male Actor in a Comedy Series

Female Actor in a Comedy Series

Riz Ahmed – The Night Of

Bryan Cranston – All the Way

John Turturro – The Night Of

Outstanding Stunt Ensemble in a Movie 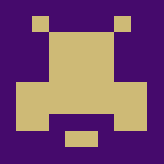