5 Irish Bands You Should Be Listening To

Ireland is a country that boasts an abundance of creative arts and is home to many people who have found success in this area, from actors and musicians to writers and directors. You probably know a few Irish bands like The Script and U2, but there are many more hugely talented Irish bands that are not as well-known stateside. With this in mind, here are five Irish bands that you should add to your music library immediately.

Versatility is certainly a talent possessed by The Coronas. Their music comprises of many different elements, up beat tunes, slow ballads and rock anthems, to name just a few. The Coronas have several albums, which is great for new fans who will have plenty of material to immerse themselves in. Every lyric is sung with genuine emotion and tangible feeling. For those who like a nuanced rock sound, this band is perfect.

These ladies have been touring with “Take Me To Church” singer Hozier over the past few months and offer listeners a whimsical sound. The harmonies featured in their songs are absolutely breathtaking. The combination of these three ladies’ voices has a hauntingly beautiful result capable of sending shivers down anyone’s spine.

Every song released by this band has a catchy melody and words you can’t help but sing along to. Much of their music incorporates folk elements and acoustic instrumentals, allowing their evident musical ability to shine through. These boys have a timeless quality and thanks to that, their music never feels overplayed.

This trio, also known as O.R.B., mix both soulful and hip-hop sounds with deep, meaningful lyrics. Their music deals with a huge range of topics including domestic abuse, death of a friend and success against the odds. They have a sound that is unlike any other and they allow their Dublin accents to bring their tracks to life. It’s great music to relax to, but to also blare at top volume. Make sure to also check out their killer cover of Beyoncé’s “Drunk in Love.”

These boys have a distinct classic rock ‘n’ roll sound. Although they are all still fairly young, their voices have a mature and well developed tone. They are certainly ones to watch over the next few months and there is no doubt that they will continue to rise in popularity around the globe.

Have fun sifting through the music of these Irish bands and let us know in the comments which group is your favorite! 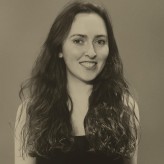 Aisling McEntegart is a writing obsessed 21-year old from Wicklow, Ireland. She is currently studying multimedia journalism at Lynn University in beautiful Boca Raton, Florida and loving very moment of it. When she is not writing about the latest entertainment news, she can be found editing her university’s student newspaper, iPulse or exploring all that South Florida has to offer.

0 0 0 0
Previous ArticleTV Review: Teen Wolf (5x14) “The Sword and the Spirit”
Next ArticleNetflix casts Violet and Klaus for 'A Series of Unfortunate Events'