Everything Everything have always built up an amalgamation of eclectic sounds in which combined, create masterfully expressive records; Their latest release, A Fever Dream, is no different.

Entering onto the music scene in 2010, the indie rock band made themselves known as a group who were very much aware of the unearthly ways of modern society. Intellectualising their sound, it would be easy to believe Everything Everything’s music is cheesily pretentious with an abundance of tedious political views, however that is most certainly not the case. Utilizing their thoughts and observations of this world, the four-piece are able to connect audiences with real life through melody’s which exude innovative uniqueness. Creating the most interesting news platform to have ever been discovered.

A Fever Dream opens with an intense sound which entices from the get go. “Night of the Long Knives” opens with that predicted eccentric sound filled with a phantasmagoria-like synth tempo and strongly layered chorus with Jonathan Higgs’ unsettling falsetto vocals. Drawing up on notable happenings of the past, this song quickly becomes darkly consuming. “There’s a flood on the street, there’s a tide and it’s coming in now. Yet the concrete burns at the back of your skull.” The lyrics work commendably alongside the hypnotic beats, luring the mind into listening further to explore the explosive magnetism from the rest of the records messages.

As a very different and alternative band, their innovative style sets them apart from any other and being different suits them extremely well. Their lead single, “Can’t Do”, poignantly talks of attempting to fit into a world where nobody knows what normal is. The epic falsetto of Higgs is once again present over the synthesized chorus, bringing an almost embellished darkness to the track.

Up-tempo “Desire” presents a tantalising, foot tapping melody. The ‘Muse’ sounding track articulates the desire of wanting something so badly and not caring for the consequences, “What the hell do I have left to lose? And I can’t stop now.” Once again the layers of instrumental madness seize well deserved attention from listeners right from the beginning. Complete with chilling vocals from the front man himself, this song describes a most extraordinary album – unnervingly alluring.

The emotional composition of “Put Me Together”, provides a welcomed contrast. Expressing the despondency of a broken community, the usual intensely rich beats are replaced by simple guitar and synths which drive the track. The effortlessness creates a soothing melody but the hint of desolation behind the lyrics brings an element of reality to the dream-like rhythm, creating an inviting tune. Hypnotising “White Whale”, has a similar more simplistic melody which carries the song rather beautifully. Like “Put Me Together”, both tracks capture musical excellence which breaks away from the full on melodic arrangements of previous songs and demonstrate that Everything Everything have not lost their showcasing talent which brings that notable flare.

As well as the effectively repetitive title track and powerful unstinting “Ivory Tower”, A Fever Dream explores unconventional topics but still manages to captivate an audience. Everything Everything are constantly enhancing their music creating the feverishly jam-packed rhythms, forthright lyrics and insane vocals with each record. It is most definitely a stand-out album from a sadly understated band. 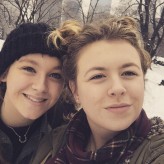