Jenny Hval has long examined the relationship between identity and art. On her latest album, Classic Objects, Hval explores the meaning of defining oneself as an artist in a world that largely rejects art’s value as a form of evaluation and expression. Through her art pop sounds and narrative storytelling, she explores her place in the world as an artist trapped in exploitative systems of patriarchy and capitalism. Her songs don’t attempt to provide any answers to navigating these societal factors, but they do offer a space where listeners can feel that they are not alone in their experiences.

As Hval’s debut on 4AD, Classic Objects was introduced as a pop album and her most accessible project yet. As opposed to the murky darkness of 2016’s Blood Bitch or the eclectic art pop of 2019’s The Practice of Love, Classic Objects is warmer, almost ambient in its light New Age sound. The instrumentals on the album also transform from her previous work. While The Practice of Love featured more complex song structures and arrangements, Classic Objects strips out a majority of these instrumental flourishes in favor of more organic sounds and simpler stories.

However, this doesn’t mean that the album lacks any surprises. Hval takes traditional pop song structures and expands them into wildly different directions. In the opener “Year of Love”, she changes the order of events to allow listeners to experience her perspective. Hval first recalls signing her own marriage papers and confronts how she is adhering to a patriarchal society and the “industrial happiness complex,” asking herself whether choices in her personal life affect her artistry. This memory was triggered by a later marriage proposal that occurred during one of her live shows. By placing the events in this way, she immerses listeners into her personal exploration of the thematic relationship between personal identity and artistry.

Hval also pushes her pop songs in further lyrical directions. The track “Cemetery of Splendour” starts softly, telling the story of a person reflecting on life before entering the afterlife. While one would expect the remainder of the song to be full of regret and loss, it instead erupts into a celebratory chorus. Hval’s character observes their surroundings, “trees, sticks, rocks / bamboo leaf / bamboo leaf again, and the branch / the branch, the pine cones / the birds in the distance / gum, gum, gum / cigarette butts.” In a place where the departed lay, the only things the character sees are signs of life. The track ends with a two-minute field recording, giving listeners a glimpse into Hval’s world.

Many of the tracks on the album follow this lead. “Jupiter” feels like an entire life’s journey condensed into eight minutes. Its gradual build features absurd imagery as the group travels across a desert landscape. It arrives at a transcendent chorus and just as quickly fades into echoes of nothingness. Just before this ending, Hval sings the line, “Sometimes art is more real, more evil / Just lonelier / Just so lonely,” perhaps describing the artistic process as isolating and precarious, especially in a world that sees little value in it.

American Coffee is another highlight, where Hval shows vulnerability in revealing personal and intimate details of her life. She connects with her mother, who came to the city at a young age and said she “cried in the car every day” to work. Hval then sings of her mother being frightened when giving birth to her. It’s a touching song that allows Hval to weigh personal and societal expectations before leading to thoughts about poetry, nurses, and French philosophy as she stretches her vocal range.

Although many of the tracks shine lyrically, occasionally the instrumentation can be lacking. The often ambient and slow progressions on the album at times become too subdued and lack variety when listening to the album as a whole. This leads to some pacing issues, especially towards the back half of the album, which can cause the vocals to fade into the background. The direct and varied sonic progression of The Practice of Love is sometimes missed as the progressions of Classical Objects are often predictable – slow sing-speaking buildups that quicken with increased intensity and tempo in instrumentation followed by more layered vocals. Once the album gets to “Year of Sky” and the closer “The Revolution Will Not be Owned”, listeners may already know what to expect.

Despite these slight pacing issues, Classic Objects is a worthy addition to Hval’s discography. She largely strips back her instrumentation to truly explore her artistry through her lyrics. At points, the instrumentation is awe-inspiring, especially on tracks like “Jupiter” where she allows the music to organically build on its own until reaching an immense climax. Through her recollections of intimate moments, listeners can make connections with their own life experiences and follow the emotional arcs that permeate through the music. In many ways, she offers hope in the face of repression like on the track “Freedom”. As a whole, Classic Objects is an artistic achievement and heartfelt statement that offers comfort to those who wish to be seen. 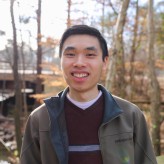