Beware of cooties because the boys have finally entered The Wilds, the underrated Prime Video series that slunk into 2020 with its eight fully fleshed-out female characters stranded on an island (before Yellowjackets!). The initially female-centric show has since added eight male actors to expand upon the island’s social experiment introduced in Season 1.

Season 2 draws a mixed reaction for its addition of male islanders that do not feel as natural or nuanced as Season 1. It may pay dividends in Season 3 if the last handful of episodes indicates anything about the potential of a more extensive, co-ed cast.

Set to Taylor Swift’s somber “epiphany,” Season 2 opens in a truly—ahem—wild way with the girls dealing with the cliffhanger shark attack where we last saw them before visiting the boys in the same situation that happened to the girls. (Another music choice later down the line that signifies the brilliance of the show’s music editor included “Vois sur ton chemin,” a song from the French film “Les Choristes” or “The Choirboys.”—look up the lyrics of the song for further goosebumps.)

The back-and-forth cuts between the two groups of teens in both present and past timelines mean the beloved “Unsinkable Eight” got less screentime in a season that was already down from ten episodes to eight episodes, likely a choice made by the powers that be at Prime Video.

The choice to cut down the season to eight episodes means more questions went unanswered as new ones popped up, like what’s been happening with the parents who paid for the retreat? How did Nora get extracted? What took place in the pivotal phone call that one of the girls makes? Where did the rest of Gretchen’s staff go? The lack of exploration makes Season 2 a little paler in comparison to Season 1’s carefully plotted slow build of a surveillance mystery.

In a show also characterized by the complex trials each girl goes through on and off-island, from being the victim of a predatory relationship with an older guy, homophobic parents, first and lost loves, and the pressures and struggles of being a student-athlete—their individual redemptions on the island made the show so gratifying to watch in 2020. In contrast, the background narratives for the boys lack the nuance and creativity that made the girls’ stories so rich. To put it simply, The Wilds didn’t need boys.

Part of what worked about the girls is that they began in familiar boxes but their layers were organically stripped away throughout the first season. The same helpful categorization does not work with the boys because they never truly depart from their clichés. With the girls, they begin with familiar but flexible archetypes: the sweet, naive one proud of heritage, the angry tomboy, the loner caretaker, and so on.

Ironically, the boys are flattened by the attempt at successful stereotyping shorthand—an emo kid, a heavy-set kid, an LGBTQ kid, and a fish-out-of-water Mexican kid alongside the jock. There should be more to them, but the season just never properly fleshes them out.

While Gretchen’s deranged experiment might have necessitated the need for both groups, the show could have used a different strategy to expand the pre-island lives of the boys than the same mechanism of flashbacks that illuminated the girls’ struggles. While teen boys can and do certainly have complex emotional lives and identity formation, The Wilds flounders in showing how there is more to the eye with them. It doesn’t help that the writers chose to make something very wrong with one of the boys.

By episode four, a sexual assault takes place among the boys that will have lasting repercussions for all the characters. Tonally, this dark moment feels irrevocably devastating and unoriginal, like the writers wanted to up the stakes for the boys to the level of audience investment as the Unsinkable Eight but chose the most heavy-handed route.

By episode six, the show picks up the pace and feels a bit more like Season 1 again, thanks to Leah’s development from “lovesick child” to the group’s best asset against Gretchen and more headway occurs with the girls’ group on their island. A stellar sequence in the finale between Toni and Shelby also lifts the convoluted darkness of the last two episodes and simplifies some of the characters’ motivations (Shelby loves Toni, period). Meanwhile, Jenna Clause playing Martha gives a standout performance when her character reaches a catatonic state, upsetting the hard-earned balance of the girls’ group.

Season 1 certainly had something profound and unique to say about the condition of teen girls in America, from the privileged pageant queen to the Indigenous foster kids that millennial and Gen Z audiences craved to see. It is hard to say what Season 2 wants to comment on with teen boys, especially regarding the sexual assault that takes place. The choice to make one among them, Seth, the secondary villain reinforces the idea that empathizing and identifying with the boys came at an iffy cost.

Despite the lack of Season 1’s vibes with the girls front and center, the addition of the boys may add some layers to the show’s villain and its philosophies for some viewers. Perhaps the interactions of boys and girls in Season 3 will make the additional cast worthwhile, but here in Season 2, a lack of episodes for so many leads holds back this large, talented cast. But rather than labeling the unwieldy inclusion of eight new characters as completely unsuccessful, Season 2 still works as a highly watchable show with some fantastic progression for the fan-favorite girls and some lukewarm waters for the boys. 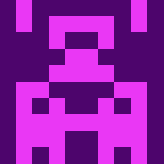