The expectations were sky high for ScHoolboy Q this week. Next in line after Kendrick Lamar and his massive success, Q is the second of Top Dawg Entertainment’s artists to release their debut major label records under the company’s partnership with Interscope/Aftermath. Over the past few years, however, Q has accrued quite the fan base on his own through two independent albums (both of which feature some of his best work) and a slew of high energy features with artists such as Macklemore and A$AP Rocky, but now it’s time for ScHoolboy Q to being out the big guns, and prove himself all over again.

“Oxymoron” kicks off with the voice of Q’s daughter, proclaiming her father’s status as a “Gangsta”, a sentiment Q himself repeats multiple times throughout the lumbering, grimy song that follows, in his trademark Tazmanian Devil of a voice. This intro track isn’t very exciting–it’s quite repetitive–but the energy in Q’s voice is immediate and it carries strong through the rest of the album and stands as one of the L.A. native’s most distinctive qualities. He’s really upped the ante with his vocals on this release, and it’s a good way of making himself stand out from the crowd. As bumpy as this first song was, though, the vibe kicks right in and it’s smooth sailing from there.

What follows is “Los Awesome”, featuring fellow TDE member/rap superbeast Jay Rock and produced by everyone’s favorite person, Pharrell Williams. This, for me, is what really sets this album in motion. It’s straight-up, hardcore gangster talk, with a jittery, bouncy beat that stands in direct opposition to the violence being spoken about. This is the fine line that Q rides throughout the whole album. However, a lot of the time, Q isn’t proclaiming this life to be fun at all; it’s actually quite terrifying. On one of the album’s harder tracks, “Hoover Street”, he talks about how often his angry, drug abusing uncle would steal from the family and the fact that his grandmother would allow him to play with her gun as a boy. There is no glorification here, it’s raw. It’s real.

One song I would like to point out in particular is the album’s centerpiece, “Prescription / Oxymoron”. The song starts with these beautiful, yet haunting notes (a sample of Portishead’s “Undenied”) and speaks on how Q was falling in and out of reality due to his addiction to pills, until he’s finally able to crawl out of that dark hole of addiction… only to sell the drugs he was addicted to. And this is the oxymoron: he got off those drugs only to sell them to support his family and his daughter.

Bar for bar, ScHoolboy Q’s major label debut isn’t as dense as or cinematic as his compatriot Kendrick Lamar’s “good kid, m.A.A.d city”, but there is nothing wrong with that at all ; “Oxymoron” is a damn good rap album. It’s got those hardcore, lyrical boom bap tracks that hip-hop heads adore, bangers like “Hell of a Night”, “Man of the Year”, and “Collard Greens”, introspective tracks, and the obligatory “song for the ladies” in “Studio”–which in itself is actually pretty awesome.

I don’t think Q’s going to knock King Kendrick down from his throne anytime soon, but ScHoolboy Q has made his own lane, and if “Oxymoron” is any indication, it’s gonna be a great ride. 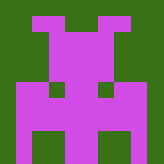 James Gilbert is an eighteen year old college freshman currently living in York Beach, Maine.. He spends his time watching and studying films, reading books on the rare occasion that he can actually sit himself down to plow through one, or working on music. For the past year has been developing an instrumental project, prepped to be released in October along with a short film. He struggles with writing biographies. Twitter: @gamesjilbert, Tumblr: gamesjilbert.tumblr.com Soundcloud: soundcloud.com/gamesjilbert.