‘Jersey Boys’, Behind the Scenes

The hit Broadway sensation, Jersey Boys, has burst its way onto the big screen. Led by Oscar Winning Director, Clint Eastwood, Jersey Boys is not your ordinary musical. A story about love, loss, debt, and loyalty, there is really no surprise that Clint Eastwood was drawn to this story, though it might seem a little surprising. Even when asked, why he chose to Direct the Jersey Boys, he says, “It seemed like something to do.” In researching for the film, Eastwood saw three different productions of the musical, in New York, Las Vegas, and San Francisco. It was in New York where he saw John Lloyd Young who originated the role of Frankie Valli in the Tony Winning Best Musical, Jersey Boys, going ahead to win his own Tony for the role. Young reprised his role on stage, when Eastwood saw him. The story of the rise and fall of The Four Seasons is certainly not an original one. Kids from the street, trying to leave their life behind and make music. It draws parallels to today. Perhaps that’s why it is so popular, and so relatable to today’s audience. Though it’s set in the 50’s, 60’s, and 70’s, and boasts classic hits like, “Sherry,” Big Girls Don’t Cry,” “Walk Like a Man,” “Bye Bye Baby,” and “Who Loves You,” The story is so similar to many of today’s celebrities. It truly is a film that the whole family will enjoy. Your parents and grandparents, for the music, and the youngins for the heartbreaking story behind the fame and fortune of Frankie Valli and The Four Seasons. Through the Broadway show and now the film, these classic hits are being enjoyed by a whole new generation, and the story of Frankie Valli and The Four Seasons lives on. When asked if actors drew from those parallels and if it influenced them in their roles, John Lloyd Young brought our attention to a line made famous by the Broadway show, “that there were three ways out of our neighborhood you got mobbed up, you entered the army or you became a superstar.” The movie adds a little twist on that by continuing, “For us it was two out of three.”

Vincent Piazza, who plays Tommy DeVitto, and the only actor out of the four main, who has not played the role before had this to say, “In terms of Tommy DeVitto, I felt that it was something certainly to pay attention too. Certain stigmas maybe at the time about Italian Americans maybe leaving, transcending the borough or the pocket community from which they’re from. It creates and fueled a fire within these guys, you know to get out, to make it. Eastwood was originally given a script for a different version. When he heard there was a play he asked to see the script of that version, as he says, “Only in Hollywood would somebody give you a script on something else, when they have a script that’s already a hit.” And a hit it is and will continue to be for a whole new generation.

See below for, “Meet the Jersey Boys.” 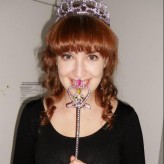