Common has always been my all-time favorite rapper. This is due to his carefulness when he structures each album. As of recently, Common has become more apparent with his poetically heavy verses. And after finally forgetting his album Universal Mind Control, which showed he didn’t have much common sense, he released The Dreamer/The Believer where he got a bit more braggadocio, but at the same time remained conscious. Now Common has finally released his tenth album, and I’ll admit I am mildly surprised.

Common’s new album is, well it’s something. Common came here with an idea, a concept, which revolved around gun violence and crime in Chicago. Ironically, Common, the rapper who’s poetically conscious, has become a non-cohesive mess. I’m not against concept albums, in fact I love them, but what stung me was how forgettable the album can be.

We open the album with the track “The Neighborhood,” which features Lil Herb. What’s weird is that Lil Herb, the rapper who has sideswiped my mind on most occasions because of his name, impresses me with his lyricism. He uses his words to describe this lifestyle with such imagery; it almost makes me view a short film in my head. And it saddens me that Common lacks this on his first verse as it progresses. It begins to sound like a generic POV verse. I wasn’t fucking with it.

The next track is simply forgettable. I played “No Fear” the most on the album because it seemed that I only remembered a few parts. It loses me so quickly that when the next track begins, I remember where I am, but completely miss the second track. It didn’t have enough pizazz. Common tries to add a single friendly track next, and what bothers me is that I’m so with it until Big Sean adds his verse at the end. The song is an ironic twist on a man’s current luxury and realizing that he was only content with what he got, but his omens of how he got there begin to haunt him. Common’s verses talks about his hustle and mental flaws. The lyrics resemble the theme, but when Big Sean comes in at the end I’m lost because his reflection has no metaphors or bluntness toward a violent upbringing.

*Side-Note: Big Sean first rapped for Kanye at 17 and had a deal at 19. Was it really that bad? He even had a 3.7 GPA. It makes you wonder what part of Detroit he’s really from.

Common tries to have some relevance with current hip-hop trends in the track “Blak Majik” featuring an ominous bridge, as well as a melodic verse from Jhene Aiko. Common doesn’t know what he’s saying here. He’s just confused and questioning himself. The next track is one of my favorites. “Speak My Piece” plays as a double entendre, as it talks about Common’s “piece” and his ‘piece,’ if you know what I’m getting at. Common’s double meanings are very relevant here, as the female being spoken about is a reflection of the features of Chicago and obviously Common’s relevancy in today’s game. Also that biggie sample worked emblematically. As Common grew as an artist, the spread of  Biggie’s voice (musically) was very progressive for Chicago hip-hop.

Hustle Harder has a standout with its feature, “Dreezy.” The instrumental is on fire, as it has some interesting switches and ominous backdrops during the hook. Common talks about a female’s hustle and Dreezy come in with a description of her hustle, which is lyrically progressive, while still sounding generic in word choice.

No I.D. is one of my favorite producers in the game, and most of the instrumentals on this album are top notch. The beats have smooth transitions and switch up without having to sound similar in one way or another throughout. The only ones that I feel lacked some were “No Fear,” and “Blak Majik.” On the title track, the instrumental comes in as one of my top five favorites from the album as it has smooth mid-tempo-bass, and with an ominous atmosphere Common shines, but his feature Malik Yusef is the true MVP. 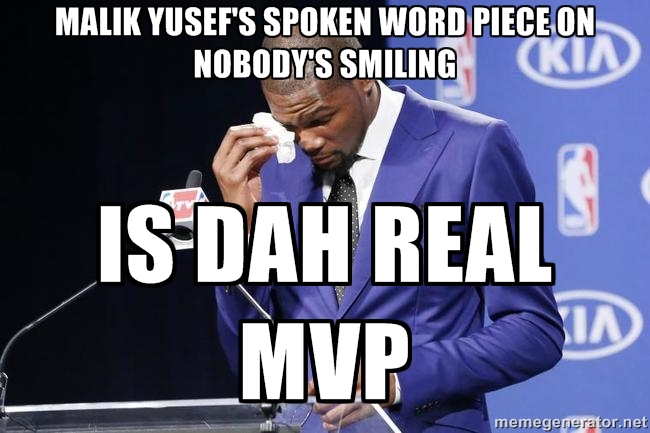 The next track is slightly forgettable and the last two tracks come in powerful. “Kingdom” is the album’s leading single and it sounds like an actual record, as it has smooth playback, and sounds great, while others sound mediocre in comparison (even “Speak my Piece”). Common’s verse pops out and I’m hooked, while Vince Staples completely destroys this track with his verse. Vince Staples has been my favorite feature on the album and is one of the new up and comers I fucks with heavy. Vince is raw and gritty and makes Common seem weak, which is funny because the verse was spontaneously written inside the studio.

The last track is more of a memoir than actual song. It details Common’s life before and during his friendship with J Dilla. I didn’t picture the album to end like this, but it’s odd because it works tonally, but not in a sense of lyrical cohesiveness. Common’s storytelling is slightly mundane, and it also dilutes the album’s primary focus.

I miss ya Jay.

Common didn’t fail me but he had tracks that I was able to re-align and create an anthology with. I’ll post a picture here.

The three bonus tracks are phenomenal. The instrumentals by No. I.D. have this very nostalgic feeling, especially with 7 Deadly Sins where it’s Common’s Ten Crack Commandments, stylistically. While “Out on Bond,” and “Young Hearts Run Free,” are very lyrical and the flow/mixing sounds great. 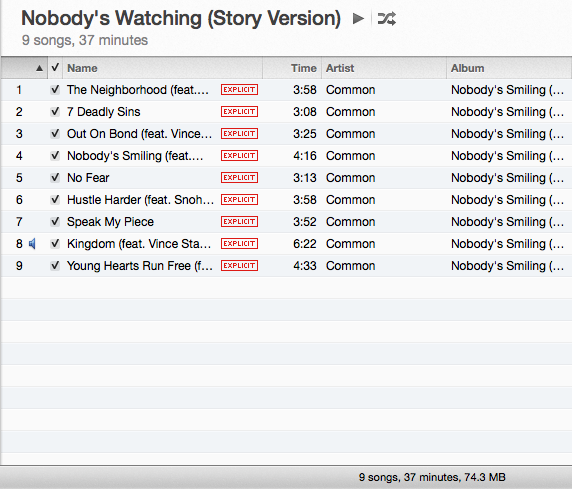