Sweeping views of a retro-styled, 1940s-era, gold-gilded hotel lobby greet you as you follow two European blondes checking in to the Hotel Cortez. Stunning interiors that include grandiose velvet couches, detailed wallpaper, and decadent chandeliers make the Hotel Cortez seem frozen in a by-gone era, not to mention the creep factor.

American Horror Story: Hotel premiered this week with its returning band of actors playing all new characters. Kathy Bates is introduced as the Hotel Cortez’ receptionist, Iris. She’s a rude, bitter old woman who couldn’t possibly care less about the guests’ satisfaction. Bate’s weird southern/midwestern drawl from last season’s AHS: Freak Show is gone, which should make for a better viewing experience. We are also introduced to fellow returnee Sarah Paulson, who plays Sally: an addict with a penchant for old fur coats and badly dyed frizzy hair; and I have to mention, her extreme dislike for Iris (more on that later). Also returning this season is Denis O’Hare as Liz Taylor. O’Hare stuns as a crossdressing employee at the Hotel Cortez whose makeup, dresses, and heels rival that of any old Hollywood star.

Cut to: Wes Bentley as good cop John Lowe. He responds to a homicide case at another hotel where we find a seemingly dead couple mid-coitus. Show runners Ryan Murphy and Brad Falchuk certainly did not disappoint when they promised more blood, sex, and gore than any other season. The couple was in fact only half dead in that the woman, still straddling her lover, was impaled through the chest by a long, iron rod but the man was still alive, albeit missing his eye balls and tongue. Bentley’s portrayal of Lowe is spot on, playing an inquisitive, intelligent detective. We later find out he’s a devoted father to a cute little blonde girl, going as far as reading her a bed time story over the phone when working late. Mysterious phone calls and texts from a disguised male voice (who takes responsibility for the earlier homicide case) lead Detective Lowe to the Hotel Cortez where “the voice” claims to strike again soon.

Several antics throughout the hotel introduce us to some of its more nefarious characters. We encounter the maid in the hall as she steams blood off of a bed sheet. We meet another addict, played by Max Greenfield, who upon checking in to his room is raped by a faceless monster. And then we meet her: The Countess of the Hotel Cortez, played by none other than Lady Gaga. In her floor-sweeping red coat, torso-covering diamond necklace, and slicked back platinum blonde up-do, she is escorted for a night out by her lover Donovan, played by Matt Bomer. He is equally as dolled up as she with his black eye liner, dashing black suit, and newly buffed leather boots. Their night takes them to an outdoor screening of the vampire classic film “Nosferatu.” It is a foreboding scene in that The Countess and her escort take home a kinky couple they just met, but for more than just some nighttime fun. What follows is a sex-filled, bloody meal for the vampiric Countess and Donovan. (Lady Gaga as The Countess / EW) Remember the blondes that first checked in during the opening sequence? It turns out that Iris and Sally (the well acted feud by Bates and Paulson should be something fun to unravel throughout the season) are preparing the European coeds as meals for their Countess. As one of the blondes escapes, the Countess is literally cutthroat as she slices her way through the girl with her now famous black, point-tipped glove. The following scenes reveal some of the guests’ histories: how Iris is actually Donovan’s mother; Sally is the one who lured Donovan into the hotel 20 years ago to shoot up and get high; Iris, in a fit of rage, pushed Sally out of a hotel window where she supposedly plummeted to her death; Iris returns to the room where her unconscious, drugged up son is in the clutches of the Countess. How Sally is still alive is something I’m sure we’ll learn soon enough.

Murphy and Falchuk always try to integrate a sense of normalcy into their horror and Detective Lowe and his estranged wife Alex (played by the great Chloe Sevigny) is just the ticket. We learn that their tension and separation is due to the disappearance and possible abduction of their son Holden, an adorable blonde boy who was lost during a family visit to the fair. Did I forget to mention that the Countess has four little blonde, creepy children? Dun dun dun! Twist! Holden is actually in the care of the Countess. It will be interesting to find out where this story goes. Detective Lowe ends up moving into the Hotel in order to track down this “voice” that continues to taunt him.

Lastly, we are introduced to Will Drake (played by Cheyenne Jackson), the new owner of the Hotel Cortez. He and his young son meet and are enchanted by the Countess, who escorts the young Drake boy to a playroom will all of her vampiric children. It’s easy to see where this storyline is heading.

Although the show is stylistically beautiful and has an amazing costume department, it suffers from the usual ill-writing I’ve come to expect from Murphy. His lines come off as campy and stagnant and like something a real person wouldn’t say. Luckily, I was able to look past that and enjoy the premiere episode of the latest installment of American Horror Story. Unlike last season’s Freak Show, I’m interested to see where these characters come from and where they end up.

Consider me checked in for the rest of the season. American Horror Story: Hotel airs Wednesdays at 10pm on FX. 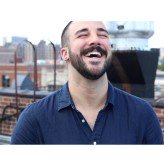