Album Review: Sia ‘This is Acting’ I’m not really a Sia fan to begin with, nor is the the Top 40 my favorite place to seek out new music. With Sia’s latest release This is Acting, I got what I expected, but was also pleasantly surprised with a few of the songs. There’s a good bit of variety on this record, and variety in an album isn’t a bad thing. It keeps the listener from getting bored.

Listening to the record in its entirety, the mixture of styles eventually becomes jarring, and starts to hinder instead of enhance the record. Sia seems to be trying on a few different musical styles in tracks like “Sweet Design” or “Reaper,” but she seems afraid to commit to a new sound or to change from her usual brand of somber chamber pop. But I was surprised at how much I enjoyed those two songs. Both are a departure from Sia’s normal musical style. “Reaper” has all the makings of a new wave gospel or soul song. “Sweet Design” is still very much a pop song, but it’s just done so well with a solid drum track and airy synthesizer. Both songs are genuinely happy and have an optimistic outlook in their narrative, unlike most of the songs on This is Acting. It was quite enjoyable to hear this little tangent Sia took on the record.

Songwriting wise, This is Acting lands somewhere in the middle between Tove Lo and Kesha. In songs like “Cheap Thrills” or “Unstoppable,” Sia seems to be striving for the simplistic party-like lyrics of an early Kesha song. The production and engineering on the album reminds me a lot like Tove Lo’s sounds. None of the songs are necessarily bad, but the sweet spot Sia hits with surreal contemplating lyrics over somber pop chords like with “Chandelier” and “Elastic Heart” isn’t there. You hear a birth of that on tracks like “Alive.” Unfortunately, This is Acting doesn’t really come close to Sia’s past releases.

In general, some songs on This is Acting are generic, while others are interesting and show a side of Sia I would like to see more of. If you’re looking for another great record from Sia, this isn’t the one to add to your iTunes library. What This is Acting really shows is an artist who is in transition, otherwise it’s a good solid record. 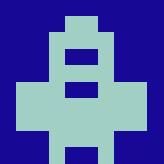 0 0 0 0
Previous ArticleLife Lessons from Gayle Forman
Next ArticleBehind the scenes of 'Fantastic Beasts and Where to Find Them'
Latest Posts
Top Reviews
Follow Us
Watch live video from GamingFrogTV on www.twitch.tv
Most ViewedWEEKMONTHALL