We all wonder how we’d cope if we ever won the lottery – would we be sensible and ensure that we didn’t have to work again? Or would we blow the lot, and end up back where we started?

No-one can really know until it happens to them. But it’s interesting to see how it’s played out for characters of two of the biggest current TV cartoon series. Homer Simpson and Peter Griffin have both beaten the odds and won the jackpot.

It’s not that surprising that Homer has actually won the Springfield State Lottery; he does seem to have a lot of things happen in his life! His big win took place during Season 21, in an episode called “Million Dollar Maybe” in 2010. But, as ever with Homer, things weren’t straightforward. He starts off by getting a fortune cookie that tells him “today will be your lucky day!” but gets caught up in a queue at the Kwik-E-Mart. Of course, Homer’s always been a bit of a technophobe, but perhaps in an episode made today, he’d be playing the lotto online or even on his smartphone.

As it happens, the queue turns out to be in his favour, as he does get the winning ticket, but because he’s spent so much time buying his ticket, he ends up crashing the car while trying to rush home in order to meet Marge as planned. When he wakes up in hospital, he finds out that he’s won $1 million, but can’t share the joy, as it would mean Marge would discover he crashed the car because he was running late. So Homer goes about spending his lotto winnings in secret.

Of course, some of the biggest lottery jackpots in the real world reach almost incomprehensible levels. In May 2013, an 84-year old Floridian woman won a $590.5 million Powerball draw, while in 2012, three players in the States divided a $471 million Mega Millions jackpot between them. In comparison, Homer’s $1 million win seems relatively modest, but he still makes the most of his windfall. He buys gifts for all the family and eventually admits what happened to his blue-haired wife during a hot-air balloon ride. But she can’t stay mad at him for long; as they travel over what he spent the last of his winnings on  – a cherry blossom grove in the shape of Marge’s profile, with “Love of My Life” written underneath.

He’s not the only one to have won the Springfield lottery, though. For instance, Lenny Leonard won $50,000 in another episode. However, the biggest lotto winner on The Simpsons was the TV news anchorman, Kent Brockman, who won an astounding $130,000,000 in 1992. At the time, it probably seemed impossible to the writers of the show that any lotto jackpot could ever come near that amount in reality, but in January 2017, the Powerball jackpot reached an incredible $1.58 billion.

The Griffins get lottery fever

The Griffin family in Family Guy have also had a big lottery win, and like Homer, by the end of episode “Lottery Fever”, they’d gone through all the money and were back to normal life again. It’s a case of art imitating life, as there have been plenty of examples of people who’ve won the lottery and then effectively ended up no better off a few years later. Of course, you’re less likely to find stories about the winners who invest their windfall wisely – they’re not as newsworthy!

In “Lottery Fever”, which was the first episode of the tenth season and aired in 2011, the family is trying to be more frugal. However, Peter secretly remortgages the house to buy several thousand lottery tickets after he’s seen a news story about the upcoming lottery. Initially, they can’t find the tickets, and then it’s revealed that Peter has printed them himself. Only when the real tickets arrive in the mail do they realise they have actually won.

While Lois declares the lotto win won’t change them, Peter gives up his job and starts spending. He also becomes power hungry and damages his friendship with Quagmire and Joe when he treats them badly after investing in one of their projects. The Griffins go through their winnings like a hot knife through butter and it’s not long before Peter’s credit card is declined. To salvage the situation, Peter buys more lottery tickets, wins again, but then spends all the cash again!

At the end of the episode, Peter apologizes to Quagmire and Joe for treating them badly; they forgive him and give him the investment money he gave them which enables the Griffins to live comfortably again and keep their home. They’ve had it all, then lost it all, twice over, and go back to living life normally.

If your numbers ever come up, we hope you can learn from Homer’s and Peter’s mistakes and, unlike either of them, keep hold of your fortune! 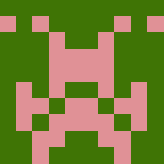