Who should watch it: Anyone that loves superhero movies, life long fans of The Flash comic book

Crime-scene investigator, Barry Allen’s (Grant Gustin) life is changed one night when he’s struck by a bolt of lightning and falls into a coma. Upon waking, Barry finds that he has gained the superhuman ability to move almost imperceptibly fast. Barry puts his newfound abilities to use as a costumed crime fighter known as The Flash, and joins forces with a team of scientists who defend their home, Central City, from numerous meta-human (super powered human) threats.

More than any other show on the list, The Flash unabashedly wears its comic book roots on its sleeve. The series doesn’t shy away from exploring “out there” comic book tropes such as time travel, parallel dimensions and flashy costumes while also featuring off the wall characters like King Shark and Gorilla Grodd (a psychic gorilla that talks). The Flash utilizes a villain of the week format while also spending large portions of the plot weaving in and out of the series larger mythology. Much like Arrow, The Flash is essentially a soap opera; however, the series never skews as dark, utilizes much more humour and features an exuberant tone — the show is flat out charming. Out of all the programs on the list, The Flash should appeal to the widest audience. 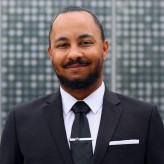