It’s widely agreed upon that Breaking Bad is one of the greatest shows on television today, a label that I have no problem defending. With the show premiering the first half of its final season on July 15th, I decided to make a list with 10 of the series’ most compelling episodes (currently). So sit back, call Saul, and enjoy the ride, yo.

“Peekaboo” showed us a different side of the both of the main characters. While Jesse Pinkman (Aaron Paul) tried his hand at being a machismo drug dealer a la Tuco; Walter White (Bryan Cranston) showed us he’s not the bumbling nice guy but instead is a bitter person on the inside. This episode was a turning point for the viewers who were rooting for Walt, and thought Jesse was nothing more than a junkie punk kid. Throughout the episode Jesse showed more compassion than Walter had ever shown in previous episodes. It opened viewer’s minds to the idea that maybe Jesse wasn’t the dirt bag we we were initially introduced to and Walt wasn’t the nice man with good intentions that we were meant to root for. Both “I See You” and Season 3, Episode 7 “One Minute” are amazing episodes and I had hard time choosing between the two, but “I See You” wins the top spot. While most of the physical action happened in “One Minute”, it was “I See You” that made audience members (i.e. me) grip the end of their seats. This was the episode where everything was being made clear to Walter White. Walt discovered that the seemingly harmless drug distributer, Gus Fring (Giancarlo Esposito), wasn’t so harmless after all and he began to learn that the drug game that he’s playing was becoming far more dangerous than ever before, which in turn, caused him to fall deeper into his “Heisenberg” persona.

“Crazy Handful of Nothin’” introduced us to the beginning of many of the series’ ongoing subplots. This episode gave us a little bit of everything, from Hank’s growing obsession with finding the creators of “Blue Sky” and the introduction of the Salamanca clan, to the birth of Heisenberg. This was the episode that laid down the floor plan for the entire series, and also was the episode where Walt was finally starting to break bad. 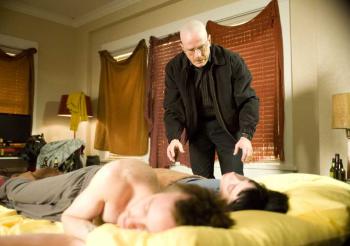 The penultimate episode of season 3 began the Farewell Tour of Walter White. Throughout season 2, Walt had been trying to prove to his family that he was a good husband/father while still slowly trying to build a drug pin empire in order to earn more money for his family.  Unfortunately, all of Walt’s good intentions went out the window in “Phoenix” when Walt did nothing but watch as Jesse’s girlfriend, Jane (Krysten Ritter) suffocated on her own vomit. Walt’s cruel act showed audience members that there most definitely is a dark side to Walt and his dark side was slowly taking over his personality.

“ABQ” is one of the greatest finales in Breaking Bad history.  While some people might think that the plane crash might have been jumping the shark, its Aaron Paul’s performance that makes this episode one of the best.  Gone are the days of beanie wearing, “what up, yo?” Jesse. “ABQ”’s Jesse was a heartbroken, pathetic, ruined mess. He was so broken that even Walt took pity on him and embraced him, an act that the partners had never partaken in before. Of course, It was partly Walt’s guilt that made him care for Jesse but that crack house scene added another level to an already complicated relationship between the two.  This episode made it clear that Walt and Jesse’s relationship would play a major part of the final season 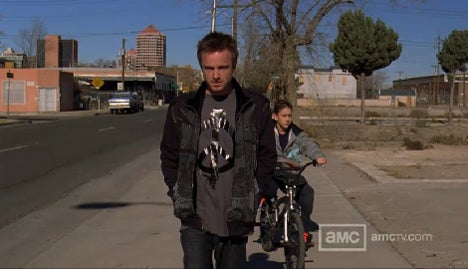 This episode could also be called “Awkward dinners and Revelations.” Both Walt and Jesse were being pulled In two different directions- while Walt had to deal with keeping his “business” under tight wraps and also deal with being subtly threatened by Gus, Jesse had discovered that his new squeeze’s brother was the kid that had murdered his best friend and former dealer, Combo.  What’s so great about this episode is that Walt and Jesse’s roles are reversed. In other cases it’s Walt who finds out a major plot point while Jesse is stuck dealing with the bad guy. But in “Abiquiu” Jesse momentarily broke away from Walt and his ideas and tried to go solo with his plans, a move that would have momentous consequences for both Walt and Jesse.

Okay, so I cheated. In my defense, Top 11 episodes of Breaking Bad, doesn’t have the same ring to it.  I couldn’t choose between “Half Measures” and “Full Measure”. They are truly that good. From the beginning of “Half Measures” to the end of “Full Measures” everything is perfection. Walt and Gus became frenemies (with a little more emphasis on the enemy part), and poor Jesse ended up having to do something no one should ever have to do, which would have a strong impact on him in season 4. 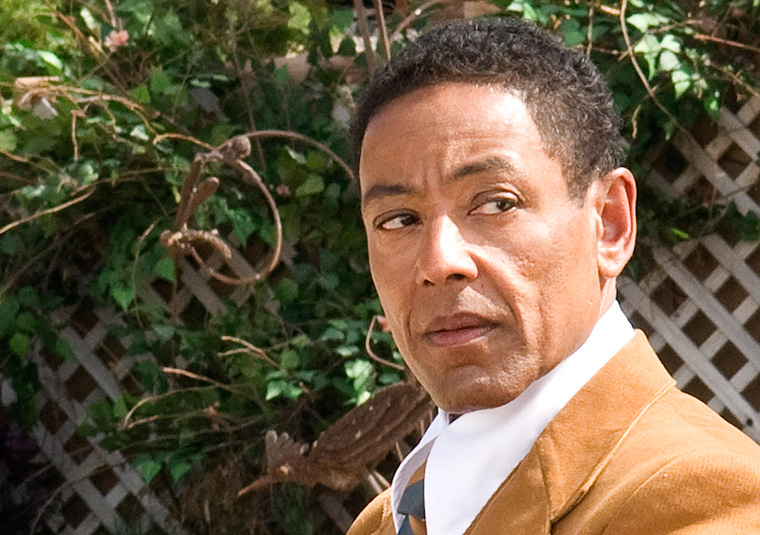 With Hank, having nothing to do all day but yell at Marie (Betsy Brandt) about minerals, slowly getting closer to solving the Heisenberg mystery, things were growing tense with Walt and Gus. It had become Walt’s mission to take down Gus and he had reeled Jesse along for the ride. What makes this a great episode is that the audience gets a good look at Gus. We see that he’s just like Walt; they both were juggling way too many things, and weren’t always such jerks. And it wouldn’t be Breaking Bad if we didn’t get a flashback that made us question whether or not Gus was truly the “bad guy”.

Ah, “Face Off”, how can I ever thank the episode that proved to world that Walter White is no longer the mild-mannered chemistry teacher from the pilot episode; but rather he is a murderous, egomaniacal drug lord named Heisenberg? This was the episode that finally put Walter White on my “If he survives the series finale, I will throw my TV out the window” list.  The highlight of this episode was Tio Salamanca’s (Mark Margolis) award- winning performance “ding, ding, ding, Ding-ding!”

I doubt anyone could even mention the name of this episode without getting chills up their spine. The final moments of this episode should go down in TV history. Bryan Cranston’s performance blew everything and everyone else out of the water. Walt’s bone-chilling laugh as he saw everything everything crash around him, made such an unsettling feeling sit in my stomach. His maniacal laughter in the background, while Skylar’s (Anna Gunn) on the phone with a fear-stricken Marie, makes this episode, and this show, one of the best in television history.

HONORABLE MENTIONS: Every single episode of this series, but specifically the ones where Walt Jr. eats breakfast.

Did your favorites make the list? What episodes are your Top 10 choices? Sound off in the comments.