Over the years, there have been some incredible game shows on our TV screens. In fact, for many of us, television game shows were a part of our childhood, especially when we were lucky enough to watch them with our families at dinner. Alas, some of the best game shows have already come to an end, never to grace our screens again.

Fortunately, many of these great series live on in other ways: namely, they tend to have their own online games. Today, we’ve tracked down a couple of the best for you: let the nostalgia commence.

Deal or No Deal

As an incredibly popular TV game show in both the US and the UK (where it may also be coming to an end soon), it is no surprise that Deal or No Deal has a number of gaming counterparts. There are a number of Flash games that pretty much recreate the show, while there have also been a number of console game adaptations released for the Wii, DS and even DVD players. Both of these forms of the game can be pretty entertaining in their own way, but they ultimately lack the same sort of engagement the TV show managed to create.

Of all of the options available online, our favourite game has to be 90-ball Deal or No Deal Bingo. Created by iGaming software house Playtech Bingo, the game can be found on a number of online operators: for instance, you can play 90 ball bingo online at William Hill on both desktop and mobile. This game incorporates many of the iconic features from the game show, including the famous red and blue numbered boxes. As you may have guessed, these boxes correspond with bingo numbers and once you get a full house, the notorious Banker will call to offer you a deal. During this feature, you can either take his offer or keep your randomly dedicated box.

These days, most games based on TV shows appear as console or PC games, although many of them are also available online. Fear Factor Unleashed, for example, which previously only existed for the Game Boy Advance, can be found on the internet in an online format via a quick Google search. However, there are also a few games based on TV quiz shows that were created specifically for the internet, including but not limited to Hollywood Squares.

The Hollywood Squares online game can be found on a variety of sites as a Flash game. Just like in the show, you will be asked to choose from a collection of nine boxes, each of which has a true or false question attached. You will be given 30 seconds in total to answer as many of these questions as possible. For each correct answer, you remove a bad key, thus improving your chances of picking a good key. What is the key for? Well, it’s for the car you’ll win at the end of the game, of course!

For the avoidance of any doubt, we should probably mention that you won’t actually win a car for playing a Flash game, but at least you have these two nostalgic titles to play instead! 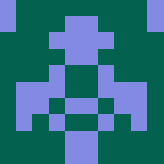 0 0 0
Previous ArticleVirtual Reality: It's More than Just a Game
Next ArticleTV Review: Fresh Off the Boat (3x18) "Time To Get Ill"