Crash Bandicoot is Back!

News that Vicarious Visions’ favorite marsupial, Crash Bandicoot, is spinning back onto our screens emitted a wave of riotous cheer from the internet. Fans of the game – many children at the time when the first installment was released in 1996 – will no doubt flock back for a dose of nostalgia to control our haphazard hero Crash in his fight against the nefarious Neo Cortex.

However, the emphasis really is on the nostalgia factor here as instead of a new title being released, the Crash Bandicoot N. Sane Trilogy is simply a repackaging of the first three games from the PlayStation (Crash Bandicoot, Crash Bandicoot: Cortex Strikes Back, Crash Bandicoot: Warped – originally developed by Naughty Dog) available for PS4.

Having said that, 20 years in game design is a long time – and the remastered graphics will no doubt be enough of a pull for the game from those who played the editions all those years ago. After all, who can really remember exactly where all those coloured gems were hiding, or how to beat the boss at the end of each warp room? The game is set to be a “remaster plus” according to Vicarious Visions, who have rebuilt the game from scratch based on the original designs – so there will be remastering of every aspect from character design, to soundtrack, to background animation.

We can’t help but hope that there will be more evidence that the game has been released in 2017 – the year that Bitcoin is worth its weight in gold, the year of virtual reality and augmented reality gaming, and the year of mobile gaming being so readily available.

It was recently reported that Bitcoin had overtaken gold in terms of value per unit, which sparks a huge coup for cryptocurrency. Indeed, the materialisation of paying for things virtually seems to be the new normal, and why should that differ for Crash Bandicoot. Paying for things already with Bitcoin – a safer alternative to traditional payment methods – is just one click away as Bitcasino shows. Their games are available in cryptocurrency, which can be easier and safer. So why can’t we make money transfers in and around Crash Bandicoot with Bitcoin?

But let’s go further than that: Imagine Crash Bandicoot jumping for apples in front of your eyes. Imagine seeing every line on Neo Cortex’s massive forehead. Imagine watching every hair on Crash’s body shake as he spins into those crates. If one game in the history of gaming could benefit from virtual reality, it’s Crash. Why let Call of Duty have all the VR fun?

Mobile gaming is set to spike this year – with revenues already up 53% in 2017’s first quarter – so a jump from console to handheld seems the logical step. While Crash Bandicoot: The Huge Adventure on Game Boy Advance didn’t do too well compared to its console counterparts, times call for a jump to the smaller screen. By optimising features for the new Crash onto mobiles and tablets, people will be able to play on the go. Sitting at the console may have worked in 1996, but mobile gaming is looking to take over.

Whatever features Vicarious Visions gives to the new Crash Trilogy, older fans will love the nostalgia, and new fans will have the opportunity to see what they’ve been missing all these years. All in all, we’re pretty excited about it. 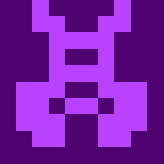 Richard has been writing for over ten years about gaming, virtual reality and comic books. He loves The Walking Dead and all things Marvel.