With the stroke of a pen, tech giant Intel and ESL formalised a bold partnership deal that represents the biggest ever investment by a technology company into the burgeoning arena of eSports. The news was announced at the E3 2017 conference in Los Angeles, which saw some 68,400 attendees over the course of the three-day event in June. The arrangement ushers in a massive Intel Grand Slam prize fund of $1 million to be allotted to the first team to chalk up four consecutive wins from the last ten $200,000 CS:GO events held between ESL and Dreamhack.

Qualifying events include ESL Pro League, ESL One, Dreamhack Masters and the Intel Extreme Masters series. Also on offer, as an incentive to foster competition in what must already be one of the fiercest sports rivalries in the field, is a bonus award of $100,000 to any team that can derail another team’s Grand Slam dreams by preventing a four-run Grand Slam victory. Scooping the Grand Slam prize serves to reset the terms of the competition so the race to four wins can begin again.

Intel, whose involvement in eSports goes back all of 15 years to the inception of the sport when it set up the first Intel Friday Night Game, officially becomes the Global Technical Partner of ESL, and as such will be on hand to provide the technical backbone and ultra-specced PCs to handle gaming and streaming requirements at all ESL tournament platform levels, from grassroots through to pro, together with supplementary broadcast and studio-based operations. Also announced at E3 was a similar QuakeCon sponsorship initiative from Bethesda concerning the Quake World Championships, which will also be backed up by a $1 million prize. Participation in this event is available to all comers, and signals the return of Quake Champions to its open beta state. That’s two entirely separate million dollar sponsorship prizes from major players in the eSports realm unveiled in the same week, a sure sign of the whirl of sponsorship activity surrounding eSports this year.

The appeal of the live gaming experience becomes self-evident: Star players garner healthy salaries off the back of all this investment; both individual players and teams of players forge successful careers by striking canny sponsorship deals and scooping big prizes in high-profile tournaments, of which there are around 4,500 each year. Notable Swedish CS:GO team Ninjas in Pyjamas (NiP) is backed by iGaming hub Betway, streaming platform Twitch and digital marketplace Kinguin.net amongst other partners, and it is this assemblage of sponsors that is typical of the scene in general, with no one team dependent on a single sponsor, but rather able to draw upon a pool of investment sources to pave their path to success.

The field for sponsorship opportunities within eSports is most certainly a wide and potentially lucrative one. eSports research conducted by Newzoo suggests global revenues generated by this sector last year amounted to $493 million, and are projected to rise by 37 percent to a staggering $1.1 billion by 2019. Small wonder then that recent prize pots have grown so large. By any measure, interest in eSports has swelled to rival more established sporting competitions in terms of viewership and brand participation.

Today, video games are serious business. There are even concerted efforts underway to get eSports formally recognised as an Olympic-level game. South Korean eSports organisation the International eSports Federation submitted a written request to the International Olympic Committee to have the new sport represented as a medal event in time for the 2022 Asian Games in Hangzhou, China. If their endeavour succeeds, then eSports will have surmounted a singular milestone in its bid to be acknowledged as a mainstream sport. Taken as a whole, Newzoo estimates that the global gaming contingent will be 215 million strong by 2019, and can already lay claim to a participation figure that hovers around the 148 million mark. That’s a lot of people around the world, playing a lot of games and often sharing their gaming experiences on social streaming platforms such as Twitch. This has a multiplier effect, drawing ever larger audiences and spurring further participation as the tech-savvy gaming community moves from the basement and resolutely into the spotlight of the mainstream. 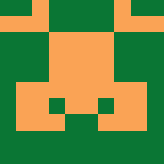