Virtual reality (VR) is going to change the face of gaming. Just as the Nintendo Entertainment System (NES) made the Atari look like a relic back in 1983, VR platforms from the likes of Oculus Rift, Samsung Gear and HTC Vive are going to leave conventional gaming in its wake.

Naturally, the money men and women out there have already started to calculate the value of VR for the gaming industry as a whole, but what’s all that worth to you as a player? Well, with SuperData Research confident that the market will be worth 20 times what it is today ($37.7 billion in 2016), the first thing to note is that the big industry players will have plenty of cash to churn out new games.

Beyond the increased revenue for software and hardware developers, you as an individual player will get the chance to play games with a lot more depth and, importantly, interaction. Although today’s video games have become increasingly interactive over the last two decades thanks to the internet, MMOs still can’t match the levels of immersion and communication we can now achieve with VR. Indeed, when you take a look at how Facebook founder Mark Zuckerberg played VR ping pong with Indonesian President Joko Widodo when they weren’t even in the same room, it’s clear we’ve entered a new gaming dimension.

Poker Could Make You a Better VR Gamer

Naturally, games we’ve become accustomed to in the industry such as Call of Duty and Grand Theft Auto will look great in VR. However, the really exciting stuff could come from other areas of the “gaming” industry. Take, for example, poker. Now enjoyed by millions of players online, poker is as much of a computer game as a battle of logic, mathematics and psychology. Up until now, players competing against each other haven’t been able to see each other (unless it was a webcam-based game).

However, with VR now a reality, the game could become infinitely more interactive and engaging. If this is the case, then you’re going to have to start working on your skills now. According to 888poker’s guide to home-game psychology, one thing you need to take into account when you play with friends is that they won’t fold to bluffs. Given that most VR poker games are likely to be played for fun between friends, the idea that the “stakes just aren’t high enough to scare most players” into folding pre-flop should hold true in this scenario.

Of course, knowing this and then adjusting your strategy accordingly doesn’t necessarily mean you’re going to be more successful with your bluffs at the VR poker table. However, that doesn’t matter because what this really shows is that psychology and interaction are going to become more important in the games we play. When an opponent can see your subtle movements and feel your presence (regardless of whether you’re actually in front of them), it changes the dynamics of a situation.

At a poker table, this might mean people are less likely to fold to your big bets pre-flop, but in a game of VR Call of Duty powered by Oculus Rift, this could mean a wrong move gives away your position to the enemy. Put simply, as games become more immersive, the moves we make and the psychology tricks we pull will become more significant. In a sense, gaming will not only become more competitive but more realistic.

So, while most people will be reveling in the increased levels of entertainment VR brings, savvy gamers should be thinking about how they can get the jump on their opponents. Using ideas from games such as poker and applying them to VR should help you become a better player as the game starts to change. 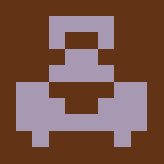 0 0 0
Previous ArticleTV Review: The Fosters 4x19 “Who Knows”
Next ArticleThese TV Game Shows May Have Ended But Their Online Games Live On