In perhaps one of the most extraordinary stories of resilience and endurance, Louie “Zamp” Zamperini beat all odds and overcame the fiercest of obstacles. In May of 1943, his story of survival had just began. An Army Air Forces bomber—with Zamperini as bombardier—crashed into the Pacific Ocean, saving only the lives of three men on board, Zamperini being one of those. After forty-seven days stranded in the ocean in a small life-raft, the two surviving men were captured by the Japanese military, sparking a grueling journey as Prisoners of War (POW). In early childhood, Louie Zamperini truly was the one-boy insurgency. A life of crime was standard procedure for young Louie. His routine terrors in Torrence, California—where he and his family resided—would be bitterly remembered for years to come. When Zamperini took up the sport of running track, he found himself to be one of the fastest runners in the United States. Earning himself a spot in the 1936 Olympics in Germany, Louie seemed to be only growing faster. It was years later after the eruption of the Second World War that Louie would become a lieutenant in the Army Air Forces and specialize as a bombardier.

“A lifetime of glory is worth a moment of pain.” Written by Laura Hillenbrand, Unbroken: A World War II Story of Survival, Resilience, and Redemption, was a truly inspiring story to read. Hillenbrand’s dedication to all the fine details and accuracy is astounding. At several points in the book, I found myself enamored by the detail and visualization of each chapter. Though she currently suffers from chronic-fatigue syndrome, Hillenbrand lets no physical boundaries show in the pages of her book. Despite the difficult nature of translating war terminology, her writing is eloquent and pellucid. Hillenbrand’s thoroughness is evident by taking a quick glance at the index in the back of the book. You immediately get a sense of astonishment at the thoroughness of her research. This is a testament to her abilities, because it shows each and every interview, phone call, and archive search, spawning more than fourteen pages in fine print.

“Louie had met the man who would dedicate himself to shattering him.”

Life as a POW was increasingly onerous for Zamperini. Frequently singled out by a deeply disturbed camp disciplinarian, Louie experienced some of the worst treatment. He was berated, beaten, humiliated, and broken, his humanity stripped from him. Hillenbrand is superb at adapting this continuous nightmare to print. Throughout the latter part of the book, I found myself emotionally hurting as Louie endured each obstacle placed before him. I especially enjoyed the book because it told Zamperini’s entire story. From days of boyhood terror in the streets of Torrence to a life of retirement, you follow Louie’s story with great admiration. But Hillenbrand doesn’t focus solely on Zamperini the entire time. She delves into the lives of those whom Louie ran, worked, and survived with. This provides literary relief and finality in the end because, throughout the book, as Louie traverses Japan, he loses touch with almost all of his friends and you couldn’t help but wonder how they turned out.

He had all of the reasons to live a burdened life following his time in Japan. But it was a promise that Louie had made many years before that pulled him from living a life of turmoil and pain, a life plagued with reliving the trauma that befell him. The promise that, “If God would quench their thirst, he’d dedicate his life to him.” Like Louie, I had forgotten about the promise he made near the beginning of his journey. It was this realization that sent shivers down my spine. In that one moment of divine intervention, Louie’s life would again change forever. The thoughts, dreams, and visions of his crippled past would soon be gone and he would learn to live his life again for a greater purpose.

“When he thought of his history, what resonated with him now was not all that he had suffered but the divine love that he believed had intervened to save him.”

“Unbroken,” now a major motion picture, is now playing in theaters. You can read our film review here. 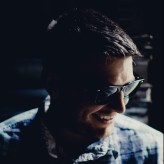