Let’s face it, at this time of the year, we all enjoy sitting down with family to watch those feel-good flicks on the sofa that warm hearts and minds throughout the festive season. It’s always nice to dream about winning big and there are many great movies that have reached our cinema screens based on life-changing lottery wins.

Today, there are so many different ways to play lotteries, even outside of your own country. The likes of lotto.net now allow players to buy tickets from authorized retailers as well as online for lotteries played everywhere from Spain and Italy to South Africa and Australia. Wherever and however you catch a big lottery win, one thing’s for sure, your life will never be the same again. Let’s take a look at our most enjoyable movies that feature a change in fortune for everyday working people.

Set within a quintessential village in rural Ireland, loner Ned Devine discovers that he has won the lottery but tragically dies due to the shock of his success. His neighbors, Michael and Jackie, find Ned dead in his armchair and realize that Ned’s passing means that no-one can physically claim the jackpot. Instead, Jackie and Michael plot to convince the lottery claims inspector that Michael really is Ned in a bid to split the prize money between the entire village. This Kirk Jones-directed movie gets a very respectable 7.3/10 on imdb.com so it’s definitely worth a look!

Nicholas Cage plays a starring role in this 1994 hit film which tells the kind of tale that one would usually hear about in the tabloid newspapers. Cage is a warm-hearted New York City police officer, who realizes he has no money in his wallet to pay for the coffee he just ordered. He jokingly offers to split his lottery ticket winnings with the waitress to compensate. Little does he know that his ticket is actually a $4m winner! Charlie Lang, played by Cage, is a man of his word and sticks to his end of the bargain, losing his marriage in the process but ends up falling in love with the waitress!

The star of the show in this Erik White movie is Bow Wow, who plays an unsuspecting ordinary guy that scoops a $370m lottery jackpot. Although his prize is entirely his to claim, the claims office is shut down for the holiday weekend and he must keep his win a secret from everyone until he claims his prize. Unfortunately for Kevin Carson, his news leaks and spreads during the weekend with close and long-lost family and friends all wanting a piece of the action!

This film is proof that even serial killers are capable of winning the lottery. Ben Keller, played by Colin Hanks, is an everyday office luddite with a dark secret. Keller murdered a woman who owned a winning lottery ticket to scoop a $36m jackpot in the Iowa lottery. His co-worker, Lucy St. Martin, played by Ari Graynor, suddenly gains an attraction to Keller and his riches. They get together and she eventually discovers his murderous past. Keller hopes that she will stay with him regardless, as she is somewhat of a gold-digger, but Lucy plots her escape with the next lottery check in the post box. It’s all a little far-fetched, but the drama merits its 4.75/5 score on movieinsider.com. New York City operates its inaugural state lottery and this feel-good film is based on a true story, with a dead-beat man named Frank Pesce – brought up in a hard NYC neighborhood – scooping the $6m jackpot. His father, Frank Pesce Sr, has long been jealous of his son’s good fortune and is angered by his son’s lottery success, leaving Pesce Jr – played by Anthony LaPaglia – somewhat hollow despite his victory.

Hollywood has long been known for bringing fantastical storylines to our cinema screens. Lottery-themed flicks are certainly ones to make us dream. The moral of the story? You can’t win a jackpot if you don’t buy a ticket! 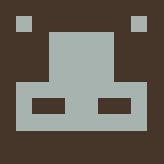 Emily is a mega TV and film nerd, who loves relaxing and watching movies with her two dogs.

0 0 0
Previous ArticleEsports in Review: A Digital Sports Genre for a Digital World
Next ArticleBook Review: Renegades by Marissa Meyer