‘5 Flights Up’ Review: Morgan Freeman and Diane Keaton Can’t Elevate a Nothing Story “5 Flights Up” often feels so busy while simultaneously coming off as thin and empty. It makes for quite the uneven experience.

Luckily, watching Diane Keaton and Morgan Freeman play a longtime married couple brings warmth and comfort to the movie. It’s a shame these wonderful actors weren’t working with stronger material. Director Richard Loncraine and writer Charlie Peters – who adapts from the novel “Heroic Measures” by Jill Ciment – are far too dependent on Freeman and Keaton’s presences to hold the film together. When the material isn’t there, not even actors of this caliber can save a movie. They’re really working with very little.

“5 Flights Up” had its debut at the 2014 Toronto Film Festival, under the name “Ruth and Alex”. They have been together since they were young. Ruth (Keaton) is a retired teacher and Alex (Freeman) is a painter. They have lived in their fifth-floor Brooklyn apartment for decades and the hike up the stairs has become too much for them and their dog. They decide its time to sell their apartment and search for something more convenient.

Ruth and Alex’s niece (played by Cynthia Nixon), a pushy real estate agent, urges them to act fast in selling their apartment. Ruth and Alex are used to doing things on their own accord, so their niece really puts a wrench in their daily routine. Ruth and Alex look around for apartments and Ruth even falls in love with one. All of the apartment hunting makes Alex rethink the idea of leaving their home and all the memories they shared there.

The movie is harmless but desperately spins its wheels to reach the 92-minute mark that the film clocks in at. There is an absurd subplot about a manhunt for a possible terror victim going on in the area. The film keeps cutting to breaking news segments, updating everyone about the status of the hunt. It’s needless background noise, which the film often puts far too much emphasis on.

Things go from breezy to mawkish quickly in “5 Flights Up”, with Alex narrating the story as it goes along. It’s an unnecessary tactic to wring further emotion out of the already sentimental story about aging and growing old with your loved one. And those stairs are some kind of metaphor if I’ve ever seen one.

Keaton and Freeman give it their all and their performances, as always, seem effortless. They are just saddled with a nothing script, which will cause “5 Flights Up” to be forgotten about quickly. 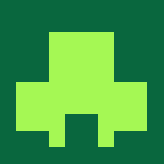 Matt is a soon to be graduate with a Bachelor's in Journalism and Communications. His main (read: only) passion is movies. He loves seeing, writing and talking about them. While he gravitates towards independent dramas, he does not really have a specific genre he loves more. A good movie is his favorite kind of movie. He loves films by Martin Scorsese, Woody Allen and David Fincher. He says his favorite movie is Bonnie and Clyde but sometimes really means Casablanca. Other favorites include The Godfather, The Social Network, Annie Hall and GoodFellas. Guilty pleasures include Soul Plane and The House Bunny. Please don't judge.