Jerry is a jolly, charming guy with a child-like view of the world. He works a 9-5 job at a bathtub company and lives at home with his dog and cat, Bosco and Mr. Whiskers, respectively. However, there’s something wrong with Jerry: he hears voices. Bosco and Mr. Whiskers talk to him, as well as decapitated heads. Bosco talks Jerry out of things while Mr. Whiskers talks him into things. It is the familiar battle between good and evil, thoughts and conscience, that characters have faced in many films in the past. The Voices works because it makes the viewer ask a number of questions. What is reality? What is Jerry’s reality? Is Jerry a good man or a bad man? Did Jerry actually intend to kill that woman? Did he enjoy it? Did he feel alive while he was doing it, as Mr. Whiskers suggests? Jerry has stopped taking his prescription medicine completely because Jerry’s reality is crude, bleak and lonely. While off his medication, Jerry’s world is lively and he has friends. Loneliness is a big theme in the film. There is a flashback of Jerry playing with his sock monkey and his father shouting in his face, enforcing the, “When are you gonna grow up!” and “It’s not real!” type of things. He shouts something along the lines of “a psychotic wife and now a son! What did I do to deserve this!” Turns out, Jerry has the same condition as his mom. His mother, made clear in the film, was too ill to be living in a household. It was good for Jerry that she was, though. He had someone, someone real to talk to, someone that understood him. It was unfortunate his father was so cruel. With his mother gone, it was only Jerry and those voices in his head. His life is simple and mundane but Jerry is content. His reality is bright and animated and the girls at work love him (do they really?). Jerry is doing alright. But damn that Mr. Whiskers. Those bad thoughts will always pop up, they’ll always be there, for Jerry, for me, for you! We have to learn best to ignore them. Those reckless temptations and desires. Jerry struggles. We all struggle. This universal theme is present in The Voices.

I loved the look and feel of this world. The Voices is stylish and visually appealing but the film’s true weapon is Ryan Reynolds. Reynolds is known to win over audiences with his charm and in The Voices, his charisma is not only necessary but undeniable. Reynolds also provides the cartoony voices of Mr. Whiskers, Bosco, Deer and Bunny Monkey. The Voices is a beyond fitting film for Reynolds and one that hopefully gets his career back on track. In spite of its dark context, The Voices is indisputably funny and colorful. Big thanks goes to Reynolds but also to the supporting cast (which includes Gemma Arteron, Anna Kendrick, and Jacki Weaver) and the delightful, sometimes witty script. The Voices had me asking “How much longer is this?” at one point, and although a bit familiar, had enough unique qualities to stand out amongst the crowd. I had fun. 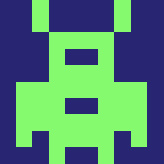 Hi! I'm Zack, I'm 19 years old and a sophomore in college, living in Malden, MA. I'm going to school at North Shore Community in Danvers and Lynn studying Liberal Arts. I truly aspire to be involved in film whether it be acting, writing or directing. Even cinematography interests me! I'm taking an Acting class at the moment which is going well. I'm a big film buff, you can catch me watching one of my many TV shows, if not a movie. (it's a golden age for TV right now!) I'm passionate about music too and there's nothing like a good book. I love to talk and write about a good film I just saw or a good album I just heard so I'll be reviewing mostly.