Not many musical artists, past or present, can say they’ve had the same success and cultural impact through music than that of Beyoncé Knowles-Carter.  Sure, there are acts that successfully carved their place, and rightfully so, in the mix of pop and hip-hop culture, but Beyoncé is arguably the most powerful pop star in the music business. So much so that it’s hard to even imagine a music culture without the businesswoman that she’s become.  Newer generations often fail to realize, while the older sometimes forget, that Beyoncé’s career spans the entirety of three decades, first arriving to the scene in 1992 with an R&B group that would later become Destiny’s Child.

In 2001, Destiny’s Child released Survivor, their third studio album, which reached number one on the Billboard charts as well as earning a Grammy award. During the album’s recording, the group, now made up of Beyoncé, Michelle, and Kelly, announced that they will take a hiatus to work on solo projects.  Beyoncé was the last of them to record a solo album so it’s easy to imagine the insurmountable pressure that sat atop the lead singer’s shoulders to prove to the music industry that her own two feet are strong enough for her to stand on.

Dangerously In Love erupts as you would expect any pop star to make a debut – loud and in-your-face. The blaring horn section of the opening track, “Crazy In Love,” featuring Jay-Z, initially grabs the attention of the listener but is quickly accompanied by a jumpy beat and the all too commanding voice of the then 22-year old. “Crazy In Love” offers nothing special lyrically outside of making the repetitiveness of “uh-oh, uh-oh, uh-oh, uh-oh, uh, no, no” seem not so…irritating. The lyrics are simple and catchy enough that most of the song can be memorized throughout the first listen.  Even with plain lyrics, the obsessive love that had Beyoncé “looking so crazy right now,” won 2 Grammys, and was commonly referred to as the “summer anthem of 2003.

Prior to the album, she released “03’ Bonnie and Clyde,” which served as a catalyst to the rumors surrounding her relationship with her now husband and rap mogul, Jay-Z, who is featured on two of the album’s tracks.  Although never explicitly confirmed through the lyrics of the album, Dangerously In Love serves as a tinted window into the early stages of their relationship. So universal are the topics that the opening of “Me, Myself, and I” features a call for listeners to help sing through Beyoncé’s relationship issue.  In the oddly placed track, “Be With you,” there is an inseparable feeling of attachment towards her lover over a funk-infused groove.  Despite the feel-good lyrics, you can’t help making a “stank” face as the familiar power in her voice wraps around the bobbing bass line.

Even with the success of Destiny’s Child and two films under her belt, Beyoncé made sure to let the world know just who she is in “Hip-Hop Star,” which features Big Boi of Outkast and Sleepy Brown. Musically, this is the most imaginative addition to the album. The southern drawl in Big Boi’s flow serves as a stark contrast to the breathy tease in Beyoncé’s vocals as she seductively calls for all attention to be on her. An unnatural amalgamation of heavy metal rock, hip-hop, and the blues carries the overall vibe deep into a grimy basement club in the middle of nowhere – a place where men and woman alike can come and indulge in society’s forbidden pleasures.  Even with genres not yet developed in the 20s, you can’t help but imagine that if the underground world of speakeasies were to re-emerge featuring modern musical offerings, this song would fit right in.

Beyoncé collaborated with several different songwriters and producers but made sure to have a hand in every aspect of the creation of her debut.  The selection of talent that she worked with encouraged a creative environment that helped her incorporate different music styles and cultures into her work.  Both “Signs” and “Baby Boy” feature the free-form rhythmic structures of music found in Middle Eastern cultures, while the latter takes it a step further by adding dancehall elements as well as a verse from heavy-hitter, Sean Paul.

Although the latter portion of the album paled heavily in comparison to the first, Beyoncé gives us R&B slow jam staples, “Dangerously In Love,” “Yes,” and “Speechless.” After listening to “The Closer I Get to You,” featuring the buttery baritone of the late Luther Vandross, you almost have to force yourself to realize that Beyoncé is only in her early twenties at the time. It is through these closing tracks that Beyoncé showed the side of a maturing woman and flaunts her ability to step out of her comfort zone, let go of the overstated riffs and runs, and just sing beautifully. This portion of the album is a clear indication of Beyoncé’s early ability to make timeless music that easily crosses generational lines.

Given that this was Beyoncé’s opportunity to set herself apart from Destiny’s Child, Dangerously In Love is quite similar lyrically and in production. In her later work, it’s laughable to imagine anyone but Beyoncé singing her music, but the voices of Kelly and Michelle would feel right at home anywhere within Dangerously In Love. In fact, the title track was released on Destiny’s Child’s Survivor before Beyoncé added it to her own selection. Listening retrospectively, her introduction as a solo artist is a timid, yet sufficient, offering compared to what we’re used to from the Beyoncé of today.  Still, Dangerously in Love is the foundation for her solo career, and it was throughout its development and release that Beyoncé re-introduces herself to the world. 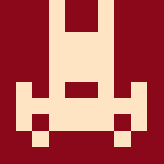