Queer Songs to Stir Your Heart Before Pride

Each of the below songs contribute a profound understanding of queerness to the alternative music scene. The artists hone a creativity which can only be described as cutting edge. Add these to your pride playlists to impress your indie friends or to yearn for your lover.

“I’ll Be Your Guy” by Bambina

Bambina, or Andrea Adolph, is an LA-based musician who blends genres seamlessly; her work saunters from dream pop to indie soul. Her single “I’ll Be Your Guy” has been a daily listen for me since Spotify discovered that I’m a raging homosexual. The single sets the scene of a hot summer night, with desire on Bambina’s mind. With calm, ethereal vocals, “I’ll Be Your Guy” forms an internal landscape of both lust and love. The single’s slow drums and quavering synth seduce the listener to pay close attention to the lyrics. Capturing the fluidity of desire, Bambina sings, “If you’re into boys now, I’ll be your guy, won’t you be my girl?” Her voice is liltingly feminine, yet it descends into a deeper cadence which punctuates the single’s verses. Bambina’s willingness to bend the lines of her gender comes from a place of sweetness; she opens up for the sake of connection. “I’ll Be Your Guy” portrays a stage of gender fluidity which is generally not portrayed in the media—a stage of experiment which is rooted in love.

Shamir recently appeared on Sharon van Etten’s Epic Ten album, an LP of covers from her 2010 album Epic. Shamir sings “DSharpG,” an extremely emotive piece which showcases his distinctive voice—Fiona Apple also covers a song on the Epic Ten album. Shamir was graced to appear on the same album as the legendary Fiona Apple because of his growing, unique, and solid sound, which can be tracked starting years back. Shamir’s song “Straight Boy” from his 2017 album Revelations exemplifies his talents.

“Straight Boy” portrays a cuttingly accurate perspective about how straight men shy away from self-expression. The song is lighthearted at first, yet captures a truth about the root of anti-gay violence. Shamir sings about straight men’s repression: “Oh, it eats them up internally, then they take it out on people like me all the time.” Shamir sings from the place of being an empath—he says that straight boys run his life because he’s “just too nice.” Shamir’s harmonies are fascinating; he utilizes slightly discordant harmonies to express internal conflict, as he is unsure about how to think about and treat the straight boys in his life. The melodies are gorgeous, and stick with me long after a listen.

Janelle Monáe is quite simply killing the game. But before her acting career kicked off, and before she released the masterpiece Dirty Computer, Monáe was already working hard to blend Afro-futurism, queerness, and sci-fi into musical narratives. “Mushrooms and Roses” from Monae’s futuristic 2010 LP “Archandroid” is George Lucas’ gay fever dream.

In an album where Monáe showcases her smooth, liquid voice, the voice behind “Mushrooms and Roses” is different; it’s filtered into robotic yet divine vocals, which contribute to the song’s dreamspace of desire. The mushrooms and roses correspond to the desirability of varying genitalia, Monáe said. “Mushrooms and Roses” explores isolation in looking for queer love, yet it also shows the profound love within the hidden community: “The golden door of our emotions opens here.” “We’re all virgins to the joys of loving without fear,” Monáe sings. Her android voice continues to urge the listener to hold her hand as they enter a space of inclusion.

Art School Girlfriend is a dream pop musician to watch; signed to Wolf Tone Records (Glass Animals, The Horrors), Polly Mackey has attracted critical attention. In an interview with DIY Magazine, Mackey describes her music as “slow and electronic with overtones of longing and undertones of gay.” Similarly to Bambina, Art School Girlfriend creates emotional complexity in drawn out synth and alluring vocals. “Diving” sounds elegiac—it’s an affective portrait of deep attraction. The lover guts Mackey’s mind mercilessly, prompting Mackey to ask over and over: “Does she want me?” Art School Girlfriend’s lyrics flow like poetry: “You sunk me up and let me sway / I’ll come in the afternoon, it’s fine / You scrape my mind and make a pool / I can float when I have the time.”

“Be Mine” by Amandla Stenberg

Amandla Stenberg is not much known for their music, but rather for their up-and-coming acting career. In fact, they only have three singles released on Spotify. Her 2019 single “Be Mine,” however, adds a much needed young voice to the queer musical sphere. Stenberg’s voice is blended into a variety of warm, soft autotunes, yet the automation of the single does not drown out Stenberg’s lovely, palpable voice. Stenberg uses motifs attached to death to create a purgatorial love-zone. She sings, “I don’t wanna spite God with my given fear” and “I don’t wanna be a noose hanging over your head,”—she continues to sing about the euphoria her lover brings her. Despite the serious undertones attached to the single’s lyrics, the vibe of “Be Mine” feels like a long-anticipated hug.

“I’m Not in Love” by Kelsey Lu

Kelsey Lu’s cover of 10cc’s “I’m Not in Love,” in addition to Amandla Stenberg’s “Be Mine,” was featured in the striking HBO show Euphoria. Lu’s “I’m Not in Love” finds a layer of serene twistedness in the classic rock song. Her accompanying music video adds a lens of visceral madness, fitting for the toxic relationships depicted in Euphoria. A glorious showing of Lu’s voice, “I’m Not in Love” serves as a backdrop to moments of yearning, regretting, or even moping. With a starry “big boys don’t cry” interlude, Lu’s cover cuts straight to the emotion behind the original song. The song draws out Lu’s voice, heightening the moody narrative behind the lyrics.

Angel Olsen only recently came out in April of this year, which was an absolute delight to me. (My sixth grade teacher advised me to listen to Olsen.) Olsen is prized for her poetry, sultry voice, and her ability to find a sweet spot between indie rock and folk music. Listening to “New Love Cassette” for the first time was a religious experience. Classical strings synthesize into electric cascades of suspense and release while Olsen’s lyrics promise unconditional love and support. Olsen sings: “When you’re out of touch and you don’t know how / Gonna give you my hands, gonna show you now.” The song is fit for a full or a broken heart, and is sure to give you butterflies.

Frances Forever blew up at the end of 2020, with the release of a sweet, warm song providing refuge during an extremely challenging winter. “Space Girl” debuts Frances’ talent. “Space Girl” stands out from most dream pop, which tends to fall into a uniformity of washed out, dreamy sound. They mix compelling, playful vocals. The song’s production creates an effect of Frances being in dialogue with love, within an echo of space. “Space Girl” captures falling in love with a sense of humor. They sing, “Space Girl, the only way that we’d end / Was if you were sucked into a black hole,” yelling the last few words of the prior line; they then switch back into a smooth, sweet voice. And the music video is adorable, teeming with Frances’ personality. 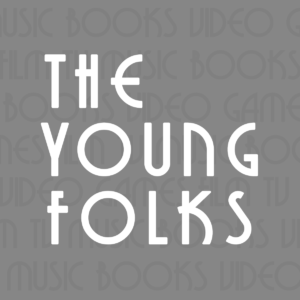