0 0 0
ABBA on Voyage via Billboard

Four decades after their last album, the Swedish pop group ABBA released a 10 song project and stepped into their return to the music scene with Voyage. The band announced this return on a YouTube livestream in September of this year. Rumors and buzz around their return to the music scene circulated the corners of the internet. Notably, Voyage contains odes to their greatest hits, and themes of belonging and loyalty. The album is nostalgic and original at the same time, something truly needed in a time where everything is so uncertain.

Obvious standout on Voyage is the opening song and dual lead single “I Still Have Faith in You.” It’s particularly effective as an opening track because it points to the history of ABBA as a band and also sets up what’s coming next. Lyrics in the chorus like “we have a story and it survived” and “new spirit has arrived” show that the band is strong and loyal to one another and their fanbase, and eager to express their new craft with us. The importance of togetherness is stressed in lyrics like “For I know I hear a bittersweet song/In the memories we share” and “we know that we need one another /Like fighters in a ring/We’re in this together.” It’s refreshing that after all these years, we are all still in this together, as ABBA declares in “I Still Have Faith in You.” This song is unifying and uplifting for the listener, and depicts remembrance to ABBA’s iconic past, and is a strong kickstart to Voyage.

The other side of this dual single is “Don’t Shut Me down.” The crescendo-like escalation of the lyrical and instrumental aspects of the story mirror lyrics like “I’m fired up/don’t shut me down.” The way the song escalates is fiery and empowering. They are demanding to be heard. However, this idea of being “fired up” comes across as slightly underwhelming due to the repetitive lyrics and the band’s soft voices. This other side of the singles off Voyage undersells in terms of passion and fire regarding this project. However, one of the strongest aspects about Abba that maintains itself in their newest piece is their capacity to capture joy in their work.

“When You Danced With Me” references one of ABBA’s biggest hits “Dancing Queen,” and it captures a different kind of joy than the original. “Dancing Queen” discusses a fun, youthful night, full of dancing, and “When You Danced With Me” tells the story of all the years between that singular night. The song ends with the lyric: “I miss the good old times when you danced with me.” It’s funny how we can find joy in these slightly sad nostalgic moments. This song represents the kind of joy we get from visiting home after a long time away, or when talking to an old friend, or waking up before all the noise and madness of the day begins, just sitting in the beautiful silence. That’s a big part about this record: finding joy in the past or in the simple things. On the other side of this coin is the band’s ability to narrate tumultuous relationships.

The lyricism in “I Can Be That Woman” is painfully relatable. The domestic and intimate storytelling gives us insight into what long-term heartbreak is. The apology “I’m sorry for the wasted years,” is delicately sad and beautiful. The pleas for someone to come back, the apologies, the tears… it’s all quite vivid and tear-jerking.  As wonderful as it is to have new ABBA music after their extensive break from the musical landscape, some songs on Voyage fail to capture the original brilliance of their more notable. “Keep an Eye on Dan” is dully repetitive. “Little Things” has the sentiment of the small moments a lover notices about their partner, which is wonderfully gentle but painfully sing-songy. Those are some weaknesses of ABBA’s comeback project.

“Ode to Freedom” concludes Voyage with delectable hints of cynicism and solidarity. The eerie string instrumentals build up to some foreboding lyrics like “I like to think that freedom is more than just a word,” which tells us just exactly how the band feels the world views freedom as a concept. This is particularly impactful after the tumultuous year we’ve all experienced. The way “Ode to Freedom” is delivered and its placement on Voyage tells us the value ABBA places on freedom as an abstract concept, and brings us thought-provoking ideas to consider as the album concludes 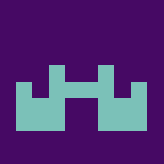