The gentle, syncopated drums begin to play, establishing a light groove. The sound quality is crisp and dynamic, as if the band you’re hearing is performing live about twenty feet in front of you. And then you hear the four-count that John Mayer quietly voices aloud. It’s a small moment of anticipation, before the rush of sugary jazz-infused instrumentation sweeps over the opening track “Waiting On the World to Change”. But this momentary introduction to the song and the album, in many ways, reflects a fundamental shift in sound and artistry, one that Continuum proved to be for Mayer at a pivotal moment in his illustrious career.

For anyone that turned on the pop radio in the early 2000s, John Mayer was not only undeniably relevant, but a household name as well, winning over the hearts of the masses with his brand of saccharine, radio-friendly pop-rock. His first two albums Room for Squares (2001) and Heavier Things (2003) contained the breezy, heartthrob music that propelled him to mainstream fame, Grammy-award winning recognition, and a reputation for imitating Dave Matthews a little bit too well.

But Continuum is different. For Mayer, it feels and sounds like he finally could create the songs he wanted to create, play the music the way that he wanted to play it, and write about things that mattered much more to him than mere musings on love. He distanced himself from the confines of chart-topping pop, and with the help from his legendary John Mayer Trio bandmates (drummer Steve Jordan and bassist Pino Palladino), Mayer was able to curate a sound truly and purely blues rock. It not only freed him up to openly showcase his generational technical ability on the guitar, but also reframed his identity in a way that he always deserved respect as: a true musician.

Look no further to his unrivaled cover of Jimi Hendrix’s “Bold As Love” on the back end of the album for evidence. Managing to capture the charisma, vocal expression, and pure technical chops of the (difficult to interpret) original track while simultaneously imprinting his own style on the final execution, Mayer practically crushes any doubts about his capability as a true guitarist with this stunning cover.

It isn’t just the flashy solos or technical prowess that impress either. Continuum at many moments exemplifies the beauty and effectiveness of simple and tasteful arrangement. The opening riff to “Slow Dancing In a Burning Room” isn’t the most complicated electric guitar passage by any technical means, but it holds an undeniably devastating, melancholic, and almost bitter quality as it continues to surface throughout the course of the song. Combined with Mayer’s embittered vocal delivery and relationship-apocalyptic lyricism (“We’re going down/And you know that we’re doomed”), the song paints the picture of its title scarily well, its subtlety in arrangement holding so much emotional weight.

The soul-blues ballad “Gravity” stands out as another example of Mayer’s best songwriting, the floating 3/4 groove, stripped-back instrumentation, and soaring vocal lines keeping him above the weight and negativity he sings about. It’s terribly ironic that when he first turned in the album to Columbia Records he was told it contained “no hits,” when the potency of tracks such as “Gravity” earned him a #2 position on the Billboard 200 album chart, two top 40 singles, and additions to his collection of Grammy awards.

Continuum also hears a personal shift in themes and perspective, further from distant contemplations on love, and deeper into the matters that truly ground Mayer. Underneath the positive and bright exterior of “Waiting On the World to Change” lies a politically-inspired message that, with the world events and time of its release, gave many of his listeners and younger generations a voice to resonate with. Commenting on the inability and powerlessness of the youth to enact real change, it’s a message that still holds up today, and arguably holds even greater weight in the current era of prominent young political activists.

“Stop This Train,” with its steady plucked acoustic guitar, presents perhaps the richest food for thought on the record. Mayer captures the feeling of the unpreventable passage of time and the difficulties of coming to terms with it incredibly movingly, leaving an emotional impact that resonates at any stage in life.

The personality and character that this album exudes is the most sincere and personal musical reflection of the man that created it, even to this day. Continuum packages its straightforward, expressive, and emotionally potent collection of blues rock with as much personality and thematic depth that Mayer had ever displayed before. It proves his instrumental proficiency even when he didn’t need to, and even the gorgeous production has far withstood the test of time. Even Mayer himself referred to the record as his definitive and best body of work, and it’s really not hard to see why.

Continuum is truly the complete John Mayer package, a paradigm shift in his whole sound and artistry, and ultimately the springboard for the diverse and accomplished career that is so renowned and celebrated today. 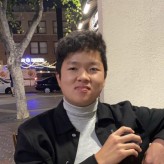