Hello, The Young Folk Readers. It’s me. Gossip Girl. Just kidding… but how cool would that be?

The second half of the Gossip Girl reboot is finally out. The final six episodes, which premiered on two separate days, Nov. 25 and Dec. 2, with three episodes dropping on each day, was PACKED with designer labels, love triangles, and of course, gossip.

Let’s get into four of the biggest bombshells from the second half of the season:

1. Audrey, Aki, and Max finally agree to be in a relationship together.

Throughout the second half of the season, Aki (Evan Mock) and Audrey (Emily Alyn Lind) try to figure out their relationship on a deeper level. Toward the end though, they realize that it isn’t working. In order to make it work, they need Max (Thomas Doherty). However, Max continues to decline their offers to be in a relationship with them. Given that Audrey and Aki have been in a relationship for a while, he does not want to feel like the one that is easily replaceable.

Max finally agrees and all is well between the three of them.

2. There is lots of Obie, Julien, and Zoya relationship drama.

In the midseason finale, viewers see Obie (Eli Brown) and Julien (Jordan Alexander) kiss, although when it happens, it’s not clear whether Obie and Zoya (Whitney Peak) are officially broken up. Obie, trying to hide what happened with Julien, even goes as far as telling Zoya he loves her.

Cue Jason Derulo’s Whatcha Say! Perhaps as an ode to the original series, things blow up at a Thanksgiving dinner when almost everyone ends up at Zoya and her dad’s house. It is then that Zoya learns that Obie cheated on her.

Although Zoya hates Julien, it doesn’t last long. While she does send in a pretty juicy tip to GG about Julien’s dad’s secret apartment (see #3), their rivalry is once again short-lived.

And I hate to break it to you, but by the end, Obie ends up with someone entirely different.

Remember when Aki’s dad told him to stay away from Julien for a while? Well, turns out it was because Aki’s dad, who is a big shot in the media, had heard from sources that Julien’s dad, Davis Calloway (Luke Kirby), had sexually assaulted women in the past.

From Julien getting cancelled for trying to silence survivors to Julien moving in with Zoya and her dad, to Julien finding an old phone of her father’s with suspicious messages from women on it, many of the subplots of the season revolved around Davis’s problematic past. While there was no conclusion at the end of the season, viewers can only assume we will see more of this play out in Season 2.

Last but certainly not least, three very important people made a cameo during Episode 10. While this isn’t technically a bombshell, it must be addressed. Eleanor Waldorf (Margaret Colin), the mother of main character Blair Waldorf in the original series, as well as her husband Cyrus Rose (Wallace Shawn), appeared while holding a dinner party to celebrate Hanukkah with Max Wolfe’s family.

The cameos didn’t stop there though. Fans also saw Dorota (Zuzanna Szadkowski) at the party. For a fan like myself, this moment was incredibly iconic and truly put a smile on my face. Blair Waldorf was also mentioned in passing, but who knows, maybe she’ll be the next one to show up on screen.

I have been incredibly impressed with the Gossip Girl reboot. Going into it, I thought the creators were going to try any and everything in their power to make it as similar as possible to the original, with Zoya clearly being the equivalent of modern-day Serena, Max the Chuck Bass of the group, etc.

However, this wasn’t the case. Each character is incredibly nuanced, honest, and genuine. What started out as a pure nostalgia watch ended up turning into a show I actually look forward to. While it’s completely different from the original, it has captured my attention, and I plan on watching again when Season 2 is released. As Gossip Girl always says, “You know you love me, XOXO…”

On a side note, how cool is it that one of the most iconic GG songs is Young Folks by Peter Bjorn and John. So do me a favor—listen to Young Folks while reading The Young Folks. 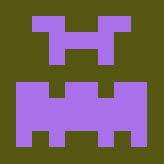 0 0 0
Previous ArticleThe Hating Game: 5 Big differences between the book and the movie
Next Article'The Power of the Dog' review: Benedict Cumberbatch is a hateful rancher in Jane Campion's slow-burn western