‘The Bad Guys’ review: ‘Ocean’s Eleven’ for the whole family

Four-quadrant animated films usually deliver feel-good stories with worlds dominated by animals. Well, DreamWorks Animation’s The Bad Guys is in a league alongside BoJack Horseman, at least, blending its fantastical world with both sentient and incognizant animals living amongst humans, albeit terrorizing them in fitting “bad guy” fashion.

Sam Rockwell leads an all-star cast of mammals and critters often perceived as nasty or unpleasant, rightfully so in this instance as they are a gang of multi-talented criminals. Rockwell voices Mr. Wolf (known by some as “The Big Bad Wolf”), alongside comedians Marc Maron, Awkwafina, and Craig Robinson who portray Mr. Snake, Ms. Tarantula, and Mr. Shark, respectively. Zazie Beetz, Anthony Ramos, and Richard Ayoade also star amongst the group of animals who round out this high-stakes morality caper of a film.

Aside from DreamWorks Animation’s refreshing take on various anthropoids, the animation style beats out the average look we’ve seen in popular CGI films over the last decade. Think Spider-Man: Into the Spider-Verse meets 1950s-era Looney Tunes. The expressions we see from each character are reminiscent of a comic book or manga, rather than a googly-eyed Pixar or Disney animation. No shade intended, literally or otherwise.

The actual premise of the film, however, goes into live-action territory with action-packed sequences all leading up to a thrilling, climactic heist. Mr. Wolf’s entire persona is borderline Danny Ocean, so much so that he’s even referred to as going “full Clooney” at one point. It’s also a bit funny that Awkafina’s Ms. Tarantula is the hacker of the group after playing a professional pickpocket in Ocean’s Eight. Jokes for kids and adults, supposedly.

As a family film, there is of course a lesson to be learned for the kiddos in the audience. The Bad Guys thoroughly addresses the ins and outs of judging books by their covers, as well as whether stereotypes can ever be seen as true, not to take too direct a note from Zootopia. Mr. Wolf even briefly mentions, during an intentionally conniving speech, that sometimes bad people are bad simply because they were never given an opportunity to behave otherwise. Adults watching can agree on the clear juxtaposition of the animals and their actions throughout the film: a big bad wolf, a sneaky snake, a predatory piranha, and so forth.

Perhaps most importantly, the movie is actually funny. And witty. And interesting enough for all ages. Its fast-paced visual appeal also assures that just about everyone watching can have a good time being bad, from beginning to end. 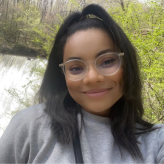