‘i don’t know who needs to hear this’ review: Tomberlin delivers a tremendous sophomore album

Portulaca grandiflora, known as the Moss Rose, are very low-maintenance plants. They don’t necessarily thirst for water or hunger for the beating sun; neither does this species require fertile soil to evolve into the beautifully textured bushel of flowers its seed promises. The delicate music of Sarah Beth Tomberlin, or simply Tomberlin, thrives and emotes with a kindred elegance — strutting its colors in the most subtle ways.

In sparseness and silence, it is hard to find an artist whose work speaks louder, quite literally and figuratively, than Tomberlin. Her voice is hushed and so are the soft swirling sounds that envelope her sung ASMR whispers. This paradoxical nature was evident on her stunning debut At Weddings but is ever the more pronounced on her newest record, i don’t know who needs to hear this.

2017’s At Weddings unwound in its own pastoral self, but also revealed a young, tumultuous heart struggling through faith and the abusive structures that house it. It was an intensely reflective project coiled up in timidness, uncertain of what laid ahead and above. Flash forward four years, and this bashful posture persists, but not without offering more swathes of texture and emotional nuance to embrace listeners deeper into her somber heart.

On “possessed,” Tomberlin pleas, “Won’t you cover my eyes / I don’t know who to be / I don’t know what to see / something has always possessed me.” Through the track’s forlorn yeaning, she discloses an intense doubt possessing her, asking of another to sit with her as she constantly struggles to exorcise it — “to figure it out.” A plea of need is never easy, but Tomberlin lets her guard down in hopes of some miraculous response so that she may reside comfortably in the cooing calm of her own music. Surrounded by samples of birds chirping, delicate strums of Tomberlin’s guitar gentle swells of synth, “possessed” is just one of many moments comprised of a lowkey, albeit intricate combination of aural elements that belie the direness of the Kentucky-born artist’s words.

Though a more solemn turn of bedroom pop than the former, “unsaid’ is alike in airiness, refuted by weighty regret and forced delusion of love and lovelorn memories. The song hears Tomberlin lamenting leaving her home, best friend, and place for her to hide for “a city of six-lane highways and lots of traffic lights.” So naturally, the only thing she can do is write a sad song buoyed by celestial piano, light touches of percussion, and quirky little blips, all of which form one dazzling hum to drown out the cross-country-spanning noise of homesickness.

Maybe this contrast is an elaborate attempt to dissociate from and escape the messiness that haunts her heart — to observe the tumult from afar. Perhaps it’s Tomberlin’s mere, natural inclination to reckon with any sadness. No matter the reason, this balancing act is one to behold when approached with a patient and attentive spirit.

Merely by its title, there’s a sense Tomberlin was unsure she even wanted this record to exist or grace the ears it needs to. Given the vulnerable quality of her songwriting, who could blame her. But as one traverses through the record, this title — this once insecure statement takes form as an interjectory preamble to the unguarded words and nebulous experiences she puts music to.

But when arriving at tracks eight and nine, the noise-ladened pair of “Stoned” and “happy accident”, the record’s obscured grief explodes and suddenly becomes pertinent. We’ve become accustomed to the running motif of innocence and the subsequent lyrical reckoning that has always played handmaiden to the cathartic power of Tomberlin’s understated music. But this two-track run will catch listeners off guard, veering from her modus operandi. Both grungy, shoegaze-y, and wrought with Tomberlin’s most impressive vocal performance yet, these two moments are, ironically, a metaphorical breath of fresh air, one that feels extra relieving after holding it in forever.

As the record reaches its end, this brief yet potent dabbling in loudness is reeled back in. Following “possessed,” the album presents the title track, ascertaining the project’s truly hopeful nature. Here, Tomberlin enchants with one final elegant moment, enlisting Felix Wadsworth, aka Told Slant, for a charming and life-affirming singalong.

You wouldn’t know it by the slew of piano pings, caressed guitar strums, or even the melodic quality in Tomberlin’s voice, but i don’t know who needs to hear this is an essential record with big, torrential emotions disguised under a mild and serene veil. It’s never a task to gravitate toward Tomberlin and her restrained approach; you just have to listen. An unspeakable trust must be built and nurtured when leaning into her painful, diaristic entries that tend to feel too unbearable, even for Tomberlin to speak into existence at times. But she feels the need to let it all out for others, to keep a hardened heart at bay — this is her unassuming power.

From above, the Moss Rose plant is a resilient and beautiful little sight to marvel. Unfortunately, it can wither away when exposed to a deep frost — not for a passing few months, but for good. This doesn’t have to be the case. By unleashing the very emotions and experiences that could quickly harden anyone’s heart into a frigid mass, Tomberlin pushes against the inevitable and remains understatedly colorful and alive.

Tomberlin - I don't know who needs to hear this 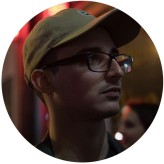