Read of the Week: ‘Complete Nothing’ (True Love #2) by Kieran Scott 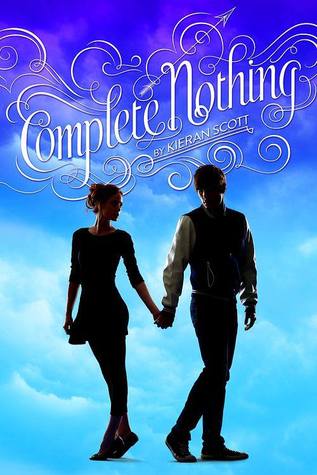 What does a teenage goddess of love have to do to get some respect?

True continues her mission by trying to re-match Claudia and Peter, the former golden couple of Lake Carmody High’s senior class. But with the major curve ball Zeus has thrown her, True’s instincts are a tad off, and her jealousy plot goes horribly awry. Can she rekindle the romance between Claudia and Peter before it’s too late?

Going way way back (like a century for me because it’s May and I’ve read thirty novels this month. Thirty. I’m not sure if I’m living life to the fullest or wasting it. Maybe a bit of both. I don’t know if the sun still exists), Kieran Scott left us with one of the most gasp-worthy cliffhangers ever. And if you don’t remember anything about book one (because for some of us there is a nearly forty-something book gap between the two), you can go back to read about all my fangirling and all the other juicy details, right over here.

I regret nothing. Well, almost nothing.

So, hey, you haven’t read Book 1? What are you doing here, then? Go away and don’t come back until you have.

Once again, Scott astounds readers with her ability to professionally tackle multiple points of views from both sexes. I love the new characters that were put into focus and just how different every single one of their voices were. Of course, Kieran has had experience, considering the He’s So/She’s So series. You know which one.

That one where I don’t know how things end because I’m too busy reviewing too many books. Yes, that beautiful series. I’m going through a very obvious mid-year book crisis, or well, I guess we can call it reviewer’s burnout. It happens every year. That’s right, it’s annual. Never fails. Welcome to my whirlwind. I’m sorry, I think I’ve dragged you into this. I’ll stop now.

Back to business: Hephaestus was personally my favorite character, but Peter and Claudia were great additions to our usual suspects. So, now, I’m taking you’re asking if this is really just Charlie and Kat Part Two? No, it isn’t. Not at all. Completely different people and voices. Totally new situation. These two are their own form of lovely angst and it doesn’t bring any deja vu along with it. I loved it just as much, if not more, than its predecessor. It was great getting a bit more of Orion in the present even though I disagreed with his romantic choices here and there.

Something that I personally admire about all of the characters in this series, though, is just how true the Greek characters stay to their original personalities. I can totally imagine things ending up the way they do based on everyone’s attitude toward things, and it makes the experience that much more enjoyable.

Also, Charlie and Kat come back, and who doesn’t want that? I mean, the two are absolutely fantastically adorable. True’s continuation of playing human matchmaker was just as comical as the first time around, and seeing her still trying to adapt to our humanistic ways is all in good fun.

There were so many different characters thrown around in Complete Nothing that I’m still trying to figure out who Book 3 may center on, though I might already have an idea.

Again, of course, Kieran Scott leaves readers sobbing in their bedrooms in despair, though I can’t say this time I wasn’t prepared. I saved some tissues!

Complete Nothing is the second installment in one of my favorite trilogies of 2014 that’s sure to please just about any reader, at this point.