Read of the Week: Stupid Girl by Cindy Miles 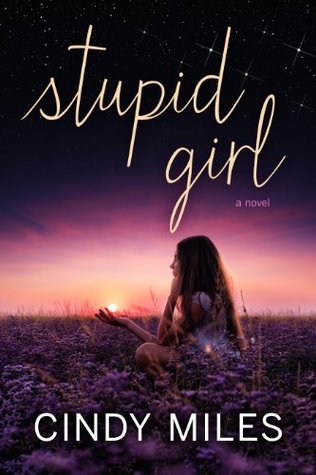 Only fools fall in love…After her senior year of high school leaves behind nothing but heartache, Olivia Beaumont is sure of this: She’s no stupid girl. She sets out for Winston College, promising herself that she will remain focused on her first and only love – astronomy. But all it takes is cocky sophomore Brax Jenkins and an accidental collision with a football, to throw her entire year off course. A quick-tempered Southie who escaped the inner city streets of Boston to pitch for Winston, Brax is known to play way more fields than just the baseball diamond. So, when his name is drawn to take part in his fraternity’s hazing dare, Brax eagerly accepts the mission to take Olivia’s virginity. But he doesn’t plan on falling hard for the sweet and sassy Texas girl who sees right through his bad-boy persona. As Olivia and Brax battle their feelings for each other, echoes of the past year begin to surface. A boy who once turned Olivia’s whole world upside down reappears, and “harmless” pranks wreak havoc. Pretty soon the aspiring astronomer is on the verge of revealing her most difficult, heartbreaking secret. All the while, Brax must wrestle with the irrevocable dare, and Olivia struggles against all logic as she does the one thing only a stupid girl would do: fall in love.

I’m only twenty-four pages into this novel, but I feel the need to start writing my review already solely because the dialect in Stupid Girl is, well, I guess you could say…stupid. These young adults are talking to each other like fourteen year-olds living off of Tiger Beat and let me tell you, that is not a cute picture. Hell, do I even have to tell you? We’ve all been there, sad as it is to say. Of course, though, the banter has already begun between our two main characters and it is surprisingly enjoyable.

Okay, so it’s a day later and I’ve come back to this review. Yes, I’ve finished the book now so I can accurately judge. No, the language in this novel does not get better. There’s a lot of “pardon my French, but,” repeated over and over again and if anything I think that’s what drove me overboard.

Did Cindy Miles have an interesting story on her hands? Yes, she did. The plot and the tension between the two is really the only thing this novel has going for it, and the way I look at it is one of those secret guilty pleasure books. It had it’s swoon worthy moments, but the writing in the novel never actually had me going.

Anyone looking for a book that’s interesting and doesn’t mind some odd language will probably enjoy Stupid Girl much more than I, myself, did.

On a much more important note, anyways, I kept picturing Brax as a young Mark Wahlberg and if you’ve seen Fear then you know that is not a bad thing.