Where to begin. Whenever a new season of Pretty Little Liars begins, I am so lost. Usually over the hiatus I have successfully forgotten everything that happened in the last season. A guy shows up and says something meaningful and I’m like “Who is that person, he seems important?” That happened five times in this episode. It was Noel Kahn. Who? With that in mind, lets start with a brief recap of what happened at the end of Season 4.

Last season, Noel Kahn (their classmate who is, I guess, helping Ali) brought Aria, Emily, Hanna and Spencer to Ali’s cute loft apartment above a bar and finally we hear what happened to Ali the night she disappeared. We find out that Spencer didn’t kill Ali (even though the sleeping pills Ali used to drug the other girls didn’t work on Spencer because adderall) and a lot of other things about Ali’s disappearance but the reunion is cut short by A. The girls escape to a Manhattan rooftop, where Ezra saves them at the last moment. Unfortunately, he gets shot. The last scene is of Jessica DiLaurentis (Ali’s mom) dead body being dragged by someone (presumably A) across the ground.

So, that’s where we are! Let’s continue.

The episode starts with Ezra going to the hospital for his bullet-wound. I’m guessing Noel Kahn called the paramedics considering nobody asked the girls any questions? Anyway, the paramedics are there, and Aria is freaking out. Our heroes know that A will follow Ezra to the hospital to kill him because only Ezra knows who shot him. So, they decide to split up with Aria and Ali going one way and Spencer, Hanna and Emily going another to confuse A. Once they get to the hospital, they start running around, scoping the joint for people in black hoodies and full face masks.

As a resident of New York City who has spent a night in the emergency room, I have two observations about this: 1.) In a post 9/11 world, you can’t roam around New York City in a black hoodie and a mask that covers your entire face without anybody calling the cops or handcuffing you to something and 2.) You can’t just run wild in a hospital; there are cops everywhere because of junkies who want methadone. Once the Liars determine the coast is clear, Aria stays in the hospital to keep guard on Ezra, and Ali, Spencer, Emily and Hanna attempt to lead A into a trap. They use Ali as bait in an empty playground and A bites. They surround A (who is using the same voice Christian Bale uses as Batman) and just as they close in for the Pepper Spray finishing touch, dozens of A’s in different masks swarm on them! Just when they thought they were one step ahead of A! This begs another question I have about the episode: who is bank-rolling A? I can hardly afford to eat lunch everyday; how does this masked crusader have unlimited cash just to harass teenage girls? Some of the stuff A has done requires a LOT of money. There are murders, and constant surveillance, and hideouts, and creepy gifts A gives the Liars to scare them. The gifts alone are probably my rent money.

After the trap gone bad, Ali/Spencer/Emily/Hanna need somewhere to go. Ali, of course, knows a place and, of course, it’s a BROADWAY THEATER!

NEW YORK CITY! BRIGHT LIGHTS! SKYSCRAPERS! MUSICALS! Of course this is Ali’s hideout. It’s no nondescript apartment in Queens, it’s the set of Wicked. We flashback to Ali’s date with Ezra. His family apparently owns this theater. Ali and Ezra have NO chemistry. I’m unsure if that was a date or a job interview for an usher. Ali makes a few phone calls to mysterious benefactors who’ve helped her along the way just to “assure them she is okay.” Hanna goes to listen which is the smartest thing anybody could have done. Ali is my first choice for A at this point. She is definitely hiding something huge. Later, she sneaks away to give CeCe a wad of cash (I wish I had a wad of cash) and a fake passport so she can escape the state police (sigh). When she gets back Emily demands where Ali was because Emily probably watches Ali sleep. Ali reveals that CeCe killed a police officer for Ali (Wilden, I guess? God, that was literally years ago now) and she just wanted to protect the girls from being an accessory to murder but I don’t believe that for a second. Ali is totally up to something. Also, if somebody with a past like Ali told me I really didn’t need to know something I would believe her. I would not want to get sucked into even more blackmail and intrigue while I was trying to take my SATs.

Speaking of SATs, Mona finds out Ali is still alive and calls a meeting of Everyone-Ali-Has-Ever-Insulted to what? Kill her? What is the end-game of Mona’s ploy? Is she trying to create a Dumbledore’s Army against Ali? She and Hermy (Lucas, remember him? LOL, I didn’t either) appeal to a group of students including Paige (Emily’s ex) to join her in the cause of Destroying Ali’s Newfound Life. Because “Remember that girl who called you names three years ago and we thought was brutally murdered? Turns out she’s totally alive so lets start planning her demise!” totally works with high school students. Most high school students can’t focus enough to plan a sleepover let alone form a blackmail ring. Good luck, Mona.

Where is Aria during all of this? Dutifully taking a nap by Ezra’s side. Shana showed up to look after Aria which isn’t creepy at all. I guess Alison told her to? Shana is like “Oh, go to sleep” and Aria is like “No, I don’t trust you ZZZZZZZZZZ” when she wakes up she is covered by a blanket. She rushes to Ezra’s side. Shana is there like “OH HEY? WHAT’S UP??? FANCY SEEING YOU HERE” then Ezra flatlines. Luckily the doctors’ bring him back he tells Aria who A is! It’s Shana! Because she totally poisoned him into that flatline.

Shana! How dare she! But Ali trusted her! THIS IS WHY YOU TRUST NOBODY KILLS! Shana hunts the girls down at the set of Wicked and is about to kill them when Aria saves the day by batting Shana over the head with a shotgun and killing her! “Finally, it’s over” they say. The girls anonymously call the cops and leave the stage without wiping their prints off anything.

Finally, it’s over. I don’t know, you guys. If there’s anything we know about Pretty Little Liars is nothing is ever over. A is never who we think it is. Who has A been so far? Mona, Toby, Ezra, Alison’s mom, Shana? Shana is not the death of A. A will live on to blackmail the crap out of these seventeen year-old girls for seasons to come. It’s a little suspicious to me that Alison was so close to Shana and never figured otu she was A. If A is so hell-bent on killing Ali why didn’t Shana kill Ali years ago? She’s had plenty of opportunity. I believe that Shana shot Ezra but not that Shana is the mastermind of the A operation. This is not a one-teenaged-girl operation. No job at The Brew could bankroll this. We learned that in the A flash mob at the park. On a grand, metaphorical scale — could the show be trying to say that A is everybody? How can these girls trust anybody anymore? They all probably have PTSD x 100. I would think everybody was A at this point. I kind of do. Maybe this show has given me PTSD too.

What do you guys think about the episode? Are the girls heading back to Rosewood now? Just how grounded are they considering they’ve been missing for two days? What is this crazy secret Melissa knows that her whiskey drunk dad won’t let her tell anybody? Is Mona going to vanquish Ali? Why didn’t we see Dead Ali’s Mom?? So many questions, so many lies, so many secrets, and this is just the beginning of the season. See you next week, guys. 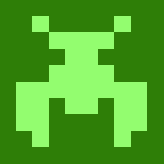