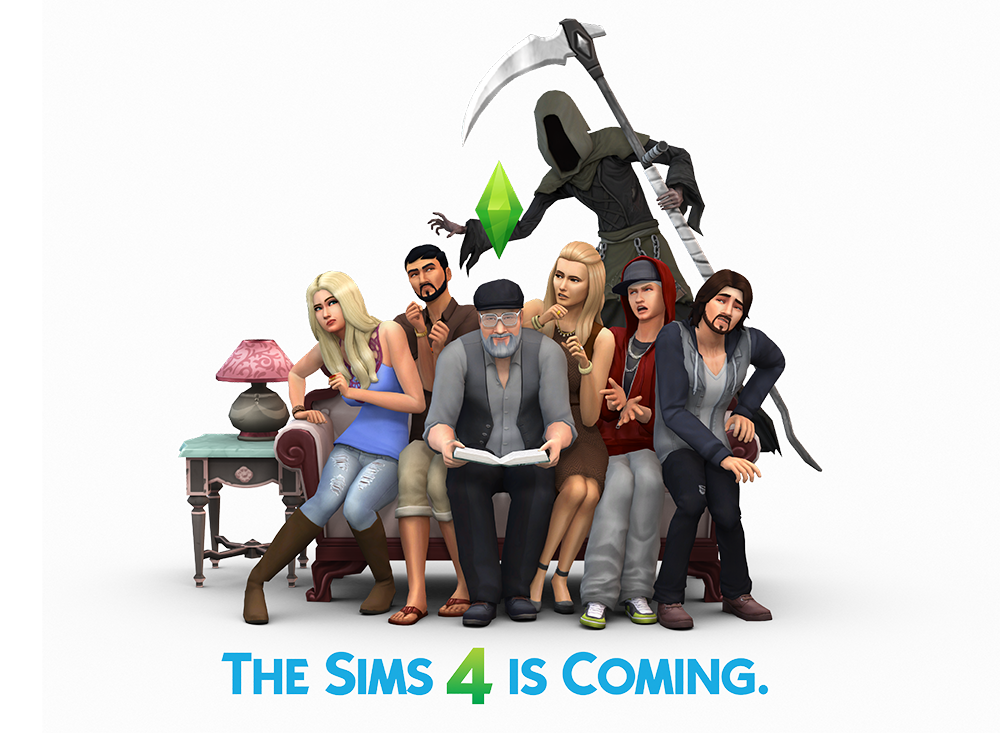 If you haven’t heard already, the fourth installment in the popular Sims franchise will be releasing early this September. In the meantime, Simmers will be able to preoccupy their devilishly Simmish needs with the release of the (did I mention free?) Sims 4 demo featured on Electronic Art’s Origin website (here!).

As a huge fan of The Sims, I could not be more ecstatic for EA to give us the opportunity to actually get a “feel” for the game. That is, players can’t play the game until its release, but the demo gives the chance for Simmers to create new Sims 4 Sims in Create-A-Sim. As heavily featured in Sims 4 trailers, the latest installment of Create-A-Sim will be a little different — notwithstanding the lack of the Create-A-Style tool and swimwear (prominent in past Sims installments; no longer featured due to the exclusion of pools). Simmers are introduced to the weirdly intrusive, yet somehow invigorating, “mold-and-shape” stylization of classic CAS. Players can pull and push literally every aspect of their Sim’s body like clay, making the process of creating celebrity lookalikes a lot easier. As demonstrated in Simmer’s photos:

Based on playing the Sims 4 demo sporadically over the past week, I was pleasantly surprised by the animation improvements over preceding installments. The animation is crisp and smooth, the Sims’ movements speedy and uninterrupted, and their cartoonish look has a touch of Sims 2 nostalgia with it. The overall look of Sims 4 Sims are aesthetically pleasing, although the lack of features somehow deters from the goodness of the demo.

For example, Sims fans responded in an uproar when EA producers announced that Create-A-Style toddlers and pools will not be featured in the game (for a compiled list of 70+ removed features and sources, click here). Everything in Sims 4’s Create-A-Sim was computer-friendly, but its simplicity became overbearing thanks to lack of customization of eye color, hair color, skin color, clothing, and well… everything else. As a devoted Sims fan, I tried not to let it bother me, but the absence of customization was too obvious to ignore.

However, on the plus side, the new clay-like Create-A-Sim is definitely much easier than Sims 3. I remembered when I first began to play Sims 3 and I had absolutely no idea what the heck all those body sliders were for, but Sims 4 makes it all the easier to mold your Sim into an ideal shape. But it takes a lot of gameplay to actually get comfortable in molding, because otherwise, Sims can become awkwardly shaped and disproportionate. (In case  you do try this demo — or play Sims 4, for that matter — I highly, highly suggest you play with a computer mouse. Trying to zoom in and out on a laptop cursor proved to be ultimately disappointing and a serious pain).

On the bright side, while there are less traits for your Sims to choose from, there’s a good enough variety to the extent where no trait seems redundant. Even better, Sims 4 has the addition of being able to choose how you walk, and a bonus trait based on the personality you already chose for that Sim. Organized sliders to evenly distribute accessories, clothing, and hairstyles doesn’t make the task of making Sims as overbearing as presented in Sims 3. Plus, the lack of customization can be easily compensated by the wide variety of clothing and pre-featured colors.

Overall: Sims 4 doesn’t seem as killer on PC systems as The Sims 3 was. The demo will be sure to leave players in awe of its smooth animation, but old Simmers might find themselves disappointed by the new lack of features — such as traits and customization– to be truly happy with the finished product. After all, this is just a demo, and I’m keeping my fingers crossed that Sim’s executive producers will make minor edits and further the variety of Sims 4’s customization with expansion packs in the future!

Download the Sims 4 demo here, and comment below on your thoughts on the game. Sims 4 will be released for PC in America September 2nd, 2014!