Welcome back to our feature “Saturday Morning Cartoons,” where our writers talk about their favorite animated shows, be it one from their youth or one that they’ve recently begun watching. In case you’ve been living underground this past week, the trailer for Batman v Superman dropped at Comic-Con, and people are going nuts over it. I mean, what’s not to love? (I’ll answer that: Jesse Eisenberg’s hair. But that’s beside the point.) You have two of the most iconic characters of all time sharing the screen, as well as the not-to-be-forgotten appearance of Wonder Woman. This is (hopefully) the start of something big in the DC universe: the assembling of a team of legends that may rival the Avengers.

In honor of this new movie and the expansion of the DC Cinematic Universe, I thought I’d take some time to look back at one of my favorite animated shows—Justice League.

I’ll admit, this show was a recent discovery for me. It wasn’t part of my childhood, it was never the thing I went to for my superhero obsession. I was even a little dubious when my roommate coerced me into watching the first few episodes with her, thinking I’d be in for a silly kid’s show.

After those first few, I knew I was in trouble; sure enough, I had completed the entire series in no time.
It may have been designed as a kid’s show, but the more I watched it, the more I found myself being catered to as an adult. That’s one of the things I love most about this show. It works on two levels, as most good pieces of children’s media does: there’s the spectacle, color, and moral lessons for kids, and the adult humor, voice actors, and deeper moral thought experiments for adults.

The first two seasons of the show focus on the inception of the Justice League and the dynamics of its seven founding members: Superman, Batman, Wonder Woman, the Flash, Green Lantern, Hawkgirl, and Martian Manhunter. Each character is distinctive, even under the threat of a crowded ensemble. Much of the charm of this team dynamic is lost, unfortunately, when the show expands into the three seasons of Justice League Unlimited. However, while the lack of the core heroes (particularly Flash, a personal favorite) is palpable, this expansion allows for the introduction of dozens of new DC heroes—including some familiar faces like the Green Arrow, Black Canary, and Supergirl.

That’s not to say that the show doesn’t retain its sense of fun throughout its five-season run. Justice League actually feels a lot like current MCU films in its humor. The wit is quick, sharp, and often so full of innuendo that you’re forced to rewind and make sure you heard correctly. More than once I found myself open-mouthed, asking nobody in particular, “How did they get away with that joke?”

And while the humor’s wonderful, the show also isn’t afraid to go deep. The Justice Lords arc is dark, as is the seasons-long progression of Luthor/Braniac. There are few easy answers in this unassuming children’s show, and it isn’t afraid to tackle real-life issues like privacy, security, personal morality vs. a greater good, and gun-wielding gorillas.

Justice League has depth, range, and heart. The show can go from achingly sweet (“Comfort and Joy,” where Superman brings home a lonely Martian Manhunter for Christmas) to bizarrely silly (Batman singing at a nightclub in “This Little Piggy”) to astonishingly epic (Flash’s single-handed takedown of Luthor/Braniac in “Divided We Fall,” a moment arguably more jaw-dropping than anything in recent MCU movies) at the drop of a hat.

If you are looking for fun, or even if you’re just looking to expand your knowledge of DC characters, this is a great place to start. There’s enough familiarity in this show to hook you immediately, and, if you’re anything like me, you might find yourself asking one day: “When did I get addicted to a cartoon?”

So, have you seen Justice League? What did you think, and who’s your favorite member of this super-powered team? Sound off in the comments below! 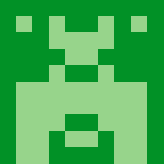 Chelsea is 21 years old and entering her last year studying English at the University of Iowa--she has also heard all of your corn jokes. At school, she works as a tutor in the Writing Center. Among her many interests are writing, acting, drinking tea, and crying over TV shows. She is always prepared to discuss Lord of the Rings, and will do so for hours if prompted; engage with caution.