I went on a publishing industry professional following spree back in 2013 after I finally bit the bullet and joined the Twitter. I was querying my own books at the time, so I followed literary agents and editors with motives similar to a cheetah stalking a gazelle in tall grass. I’m a einsy tiensy bit (read: a lot) ashamed of my debut twitter motives, but luckily, the universe shined blessings down upon me and gave me a side effect I didn’t expect: I get to see what books get industry buzz.

Because of this, I’ve been lucky to watch deserving authors have their books break out, explode, and hit bestseller lists. I’ve also seen amazing books slide just under the “literally everyone in publishing is talking about this book” radar.

I’m sure a lot of people have their own “underrated books” list, so this is certainly not conclusive, but I did want to share the criteria I used to develop my list before we get started.

I picked this book up simply because it had more stickers on the front page then I had on my year’s worth of homework in kindergarten. It was obvious at some point the book had been a big deal, but I hadn’t heard anyone talk about it until I posted on Twitter I was about to read it and few people responded with, “I loved this book and I can’t believe it isn’t talked about more than it is.” After reading it, I agree.

This book follows the friendship of Aristotle and Dante, two lonely boys who don’t seem to have much in common. We get to watch them grow from awkward acquaintances into people who can’t breathe without the other. Their friendship is one that people search for their entire lives, and it’s because of this friendship that Dante and Ari learn truths about themselves that change their lives.

Aristotle and Dante was one of those books with an afterburn you don’t notice until you’re lying awake at one AM thinking about it. It has a beauty so subtle you don’t realize you’ve just read something special until after you close the covers.

John Green tweeted about this book on its birthday and that’s when I put it on my TBR list. After its release, I heard a few blips and blurbs about it, but as time went on, all got quiet. I finally read it a few months ago and I honestly can’t believe it was Zappia’s debut novel.

MYU is a story of a girl named Alex, a senior in high school who can’t figure out what’s real and what’s not. The book starts with a scene from her childhood that had me in awe of her writing in about…immediately minutes.

It takes an old soul to have such a specific and well-rounded through voice as Zappia does in MYU and, when I finished, it didn’t make sense to me why no one else was talking about it, because I couldn’t stop talking about it.

I have to confess something up front on this one: I listened to the Airman audio book; I didn’t read the physical copy, but by george and a bundle of bees, the audiobook has been the best piece of literature I’ve ever had the chance to listen to.

It’s a historical YA about a boy, Connor, who spends his days studying flight and exploring the castle with the king’s daughter on the Saltee Islands off the Irish coast. Everything changes for Connor when he discovers a plot to kill the king, tries to foil it, but instead is thrown in prison.

I’ve recently developed a big crush on historical children’s lit, and the more books I read in this genre, the more I realize how freaking good Airman was. It had the weight of epic importance, not because of the era, but because of the specific detail of the story. Historicals that can detail the world down to the lugnut blow my mind, and Airman was one of the first to do this. Yet, somehow, every time I say, “have you ever read Airman by Eoin Colfer?” The response is always “no.”

I’m a librarian by day and a writer by whenever I have time, and when I’m asked for a book about bullying, this is the first that comes to mind, but I’m pretty certain I’m a rarity in that. That’s why I had to include it on the list. I’ve read a few bullying books that begin with some sort of inciting incident or contextual reason that gives the bully their ammunition, ie: A boy is overweight, therefore a bully picks on his weight. A girl is caught in some unfortunate situation, and a bully holds it over her head.

Yaqui Delgado begins with its main character, Piddy Sanchez, starting a school day off by learning that some girl named Yaqui Delgado, SURPRISE, wants to kick her ass. The asinine and random quality of this threat is what stood out to me, because it’s a sort of bullying I hadn’t seen in YA before. The ammunition the bully uses comes out of the void. We haven’t even seen the antagonist before we learn about their intentions, and the process of watching Piddy deal with it is so weighty. I’m sad this book slid under the buzz radar, because the topic of this sort of ex nihilo bullying is extremely important. Sometimes, people don’t need a particular reason to mean, and that’s an important thing to know.

Ship Breaker was a dystopian before dystopians were dystopians. As with all books that have come before this on the list, I’ve recommended this book multiple times to people who’ve never heard about it before.

It takes place on a post-apocalyptic Gulf Coast, where a boy named Nailer works on a crew that scraps washed up oil tankers. Most oil tankers have been picked over, but a new one washes up during a storm, and Nailer has to choose between scrapping the new tanker for all its worth or saving its lone survivor, a daughter of a wealthy merchant.

Unlike a slew of dystopians that came after this book was published, this book doesn’t focus its plot on the cause and effect of the apocalyptic event. The storyline simply takes place in and around a broken world. These sorts of books, the ones that have nothing to do with the government or an uprising, but a story of someone living in the constraints of the new world trying to make it by are some of my favorites in the genre, and I think it’s that exact reason, they don’t contain massive revolutions, that they often slide under the radar. 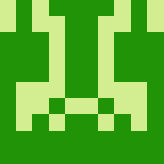