When I first read Burning Glass by Kathryn Purdie, I was mesmerized by the unique storytelling and brilliant characters that I became so close to through the journey that is Burning Glass.

For those who loved Shadow and Bone by Leigh Bardugo and Red Queen by Victoria Aveyard, Burning Glass has a level of darkness to it that would taint even the purest of hearts. Yet, the spirit and fight of the lovely Sonya keeps you grasping the edge of your seat, rooting for her and all of the madness that surrounds her. As an Auraseer, forced to serve the Emperor, Sonya must protect him at all costs, even if it means losing her sanity in the process. Burning Glass is a tale unlike any that I have read before, and here are three reasons you should read it:

Sonya is a a rather complicated character. As an Auraseer, she is required to live her life at a compound, forced to train her powers and prepare for the possibility of life as the personal protector of the Emperor. When a tragic incident occurs, Sonya (being partially responsible) is chosen and must journey to the capitol city with the Emperor’s younger brother Anton to start her life of servitude, to a cruel leader. As an Auraseer, she can see peoples Auras, and often times, their own feelings and agendas are perceived as her own. She is strong, yet weak, and struggles with the horrors of her past, and the darkness and unsavory characters in the palace. She is lonely and overwhelmed by the constant threats at every turn. To see a semi-normal character take on so much responsibility and fight her way through it, even while breaking, is a tribute to the human spirit at its whole. She is someone who has been dealt a rough hand, and feels pain and suffering so greatly. Every day she has a choice: to break or to keep fighting. Her journey and determination is awe-inspiring, to say the least.

Now, while I am well aware of the common trope in YA of two brothers and a lovely woman. But where other love triangles have annoyed me, the passion, betrayal, and utter heartbreak of the relationships in Burning Glass left me speechless. Both brothers, have many short comings, and they share a dark and burdened past. Their reasons for their actions aren’t quite what they seem. It is heartbreaking to get to know Valko, the sadness behind his dark eyes, the torment he feels, and his inability to be in control of his own feelings. Anton, oh Anton, the forgotten prince. His tale is miserable and confusing. Yet, where one brother lets his past shape his future, the other rises and seeks to make his own way through the world. It is devastatingly dark and delicious.

The world of Burning Glass is delightful and beautiful. Its cold and cruel. Yet, you’re not sure if you want to watch it burn and be born anew, or just burned. The magic and darkness that surround this world – the sadness – of its people. They are all reasons you want it to change, to grow, to become better. To give the world and its people something to hope for, to strive for. Yet, the change you want to take place will cost so much, and could end up destroying the small semblance of peace that it holds dear. The plot, its characters, the world building, everything is so unsure that as the reader, you don’t know what you want.

Burning Glass is unlike anything I have ever read, and the characters, their depth, the stories this world holds, is something that I don’t think will ever leave me. If you want a story that will grip you by your heartstrings and make you question it all, then Burning Glass is for you.

Sonya was born with the rare gift to feel what those around her feel—both physically and emotionally—a gift she’s kept hidden from the empire for seventeen long years. After a reckless mistake wipes out all the other girls with similar abilities, Sonya is hauled off to the palace and forced to serve the emperor as his sovereign Auraseer.

Tasked with sensing the intentions of would-be assassins, Sonya is under constant pressure to protect the emperor. But Sonya’s power is untamed and reckless, and she can’t always decipher when other people’s impulses end and her own begin. In a palace full of warring emotions and looming darkness, Sonya fears that the biggest danger to the empire may be herself.

As she struggles to wrangle her abilities, Sonya seeks refuge in her tenuous alliances with the charming-yet-volatile Emperor Valko and his idealistic younger brother, Anton, the crown prince. But when threats of revolution pit the two brothers against each other, Sonya must choose which brother to trust—and which to betray.

Sound like a good book for you? You can find more about Burning Glass here: Barnes & Noble | Amazon | IndieBound | http://kathrynpurdie.com/books/ | Goodreads 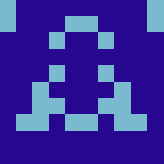 A.L. Nixon is a contributor for The Young Folks.