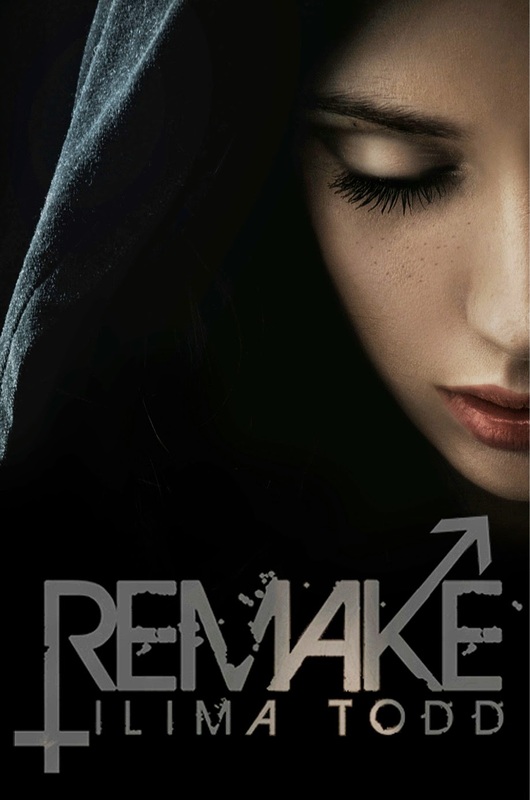 Remake, by Ilima Todd, has easily made it to my top ten best books of the year. It exposes the truth behind democracy through a fictional, futuristic world and makes readers re-evaluate the society they live in.

A future without family.

Nine is the ninth female born in her batch of ten females and ten males. By design, her life in Freedom Province is without complications or consequences. However, such freedom comes with a price. The Prime Maker is determined to keep that price a secret from the new batches of citizens that are born, nurtured, and raised androgynously.

But Nine isn’t like every other batcher. She harbors indecision and worries about her upcoming Remake Day—her seventeenth birthday, the age when batchers fly to the Remake facility and have the freedom to choose and what they’ll be.

When Nine discovers the truth about life outside of Freedom Province, including the secret plan of the Prime Maker, she is pulled between two worlds and two lives. Her decisions will test her courage, her heart, and her beliefs. Who can she trust? Who does she love? And most importantly, who will she decide to be?

From the moment I took this book up until the minute I finished reading it, I effortlessly empathized with the protagonist and her situation. Nine is like the ugly duckling in a group full of cygnets. All the kids in their batch have the same bald head and body structure. They are all given hormone suppressants so that they won’t mature until they are sent to the Remake facility where they choose who they want to become and join the rest of society in Central Freedom. Unfortunately, the hormone suppressants can’t hide the freckles that cover Nine’s entire body and she is ostracized by the rest of her peers. Her only friend is a boy named Theron who doesn’t hesitate to pick up for her and tries to make her see how special she is. He’s like her lifeboat in a world that is constantly trying to drown her.

However, Theron couldn’t be the lifeboat she needs when, on their way to the Remake facility, their shuttle crashes into the ocean and separates the two friends. Nine washes up on a beautiful island and is discovered by natives who take her in. Kai, the eldest son, quickly takes a dislike to Nine simply because she’s a citizen of Freedom. His family and the rest of the natives on the island are rebels who escaped from Freedom so that they could live the life they choose. In the beginning, Nine can’t come to terms with this because she was brought up to believe that Freedom gives its citizens the “freedom” to do as they please. What she soon finds out is that Freedom has been withholding one important decision from its citizens: the choice to reproduce.

At first she has complications settling into the island life – including her rapidly maturing body – but after developing a resilient attitude and finding courage, she realizes that life outside of Freedom is possible. Along the way she also manages to capture Kai’s heart and their love is the sweetest I’ve read about in a very long time. Soon enough, Nine can’t imagine a life without Kai and her new family. Unfortunately, Freedom doesn’t let go of her so easily. The family goes into sheer panic when the tracker in the back of Nine’s head starts buzzing and causing her severe pain. They don’t know whether the Seekers from Freedom will use the tracker to find their hide-out or if the tracker will kill Nine if it doesn’t stop buzzing. Either way, they decide that Nine must return to Freedom to have it removed by a rebel group called The Rise. Kai can’t fathom letting Nine go and decides to accompany her on her dangerous voyage back.

Throughout their journey back to Freedom, Nine undergoes the final transformation into who she is meant to be and realizes that she can never return to who she was. After uncovering secrets, making the hardest decision in her life and nearly dying in an attempt to return to true freedom, Nine realizes that she’s already undergone her Remake; a spiritual Remake, that is.

Remake highlights so many aspects of our society that we casually overlook: our need to belong to a group, the need for normalcy, differences in culture, the illusion of democracy and the importance of gender roles and a family structure. It’s a book that anyone who is coming of age should definitely read.

Ilima Todd was born and raised on the north shore of Oahu and currently resides in the Rocky Mountains. She never wanted to be a writer even though she loves books and reading. She earned a degree in physics instead. But the characters in her head refused to be ignored, and now she spends her time writing science fiction for teens. When she is not writing, Ilima loves to spend time with her husband and four children.