The Killer Frost storyline in season three of The Flash was a major source of frustration. It was full of glaring inconsistencies and missed opportunities that could’ve really tied together three seasons worth of Caitlin Snow’s characterization. Not even Caitlin’s portrayer, Danielle Panabaker, knows exactly what her character’s motivation or backstory was; the best explanation she and the writers could give was that there was a whole other person inside of her with the same thoughts and memories and that it’s like an “addiction.”

Going into season four of The Flash, we still have no clear explanation on why having powers made Caitlin evil, how she got these powers, why she betrayed Team Flash and tried to kill her teammates, how she could abruptly stop being evil without taking any cure, and, most importantly, why everyone should trust she has it under control enough to allow her to rejoin the team. It’s not clear whether any of this will actually be fleshed out in a satisfactory way in The Flash’s fourth season, but here’s a good theory that might help to make sense of and smooth out the roughly developed origin story for Killer Frost.

Killer Frost is the Manifestation of Caitlin’s Negative Emotions

The biggest plothole in the Killer Frost storyline is why Caitlin’s powers made her evil. The writers initially wrote Caitlin as having a cold personality in season one, which provided some great foreshadowing about her metahuman destiny. However, they gradually backtracked and erased all that characterization to the point that it became difficult for the audience to imagine a scenario in which Earth-1 Caitlin could ever become Killer Frost. So, when they finally delved into the storyline for the third season, the writers tried to explain away this abrupt switch in personality by disassociating Caitlin from Killer Frost. This was particularly frustrating because it attempted to absolve Caitlin of any responsibility for her actions while using her powers as Killer Frost. However, it is my belief that Caitlin and Killer Frost are one and the same.

From a logical standpoint, her meta powers could have originated from all the negative thoughts and unresolved issues Caitlin has been repressing since the particle accelerator explosion and Ronnie’s (Robbie Amell) first death. In season three’s fifth episode, “Monster,” we learned about the cold relationship Caitlin had with her mother growing up. Perhaps her mother believed that there’s no room for emotion in science, and this belief influenced Caitlin’s approach to problems, compartmentalizing and locking them away to focus on the task at hand. Looking as far back as the first season, Caitlin has repressed a lot, preferring to ignore and forget rather than work through her feelings or lash out.

Not only did she lose her fiancé the night of the particle accelerator explosion, but she also lost her promising future and career. When Ronnie did come back, he was changed and not completely in control of his powers, sharing his consciousness with another person. After finding out just why her life went off the rails, it would have been understandable for Caitlin to be a little resentful and lash out at Barry (Grant Gustin), even though she knows objectively that it’s not his fault, or even to contemplate siding with Dr. Wells/Eobard Thawne (Tom Cavanagh/Matt Letscher) and working against the team. It was a missed opportunity to provide some great foreshadowing into who she could become.

In the season one finale, Ronnie dies a second time (because Barry opened up a worm hole). Although it was Ronnie’s choice to go, it would still have been understandable for Caitlin to resent Barry and Ronnie for the fallout of their decisions negatively impacting her chance at happiness. Instead, The Flash’s second season skipped through all the stages of grief and moved her onto Acceptance (and Jay/Hunter, played by Teddy Sears) immediately. So, Caitlin’s either a doormat or she’s swallowing all her resentment, grief, and anger and bottling it up, pretending it doesn’t exist. Post “Flashpoint,” the lid she kept on her bottled-up emotions began to crack and all the negative thoughts Caitlin kept to herself started coming to the forefront, manifesting themselves as her alter ego.

Killer Frost is Caitlin Snow without a filter. She says everything Caitlin has probably wanted to say out of anger at some point in time. If this is the case, the explanation of “addiction” makes more sense because it probably felt good to give away control and say what she wanted without caring if it hurt anybody’s feelings. The power that comes from letting these emotions out becomes all-consuming and addictive, taking over her entire personality. The more she gave away control, the harder it was to contain because Caitlin didn’t know how to turn it on and off. But if Killer Frost is Caitlin’s repressed emotions made tangible, what was the catalyst that allowed these powers to manifest in the first place?

Killer Frost is a Husk Meta Created by Alchemy and Savitar

Another missed opportunity is failing to explain why Caitlin automatically became a metahuman post-Flashpoint when she wasn’t before or during the “Flashpoint” universe. Julian Albert (Tom Felton) mentioned to Caitlin in season three’s twelfth episode, “Untouchable,” that there was one husk meta left unidentified. However, this storyline was never brought up again. I believe Caitlin was the final husk meta. Knowing that all the husks that showed up post-Flashpoint turned out to be bad guys would explain why Caitlin initially didn’t want to tell the team about her new powers. It would have also explained why Caitlin—before she was fully Killer Frost— sought out Alchemy on her own and thought he’d be able to take her powers away. It was also a huge missed opportunity to explore more angst with Julian if he had realized that he, as Alchemy, is responsible for Caitlin becoming Killer Frost.

All the husk metas were given the powers they had during Flashpoint except for Caitlin. However, given Savitar’s claim of being able to see all timelines from the speed force, it’s also possible that he could have pulled powers from other earths to create husk metas if it suited his purposes. After all, Savitar wouldn’t have cared that Caitlin never wanted her frost powers, so perhaps he lifted them from her Earth-2 doppelganger. All that mattered was that her eventual spiral and panic at the realization of having powers would disrupt the team long enough for him to put his plan in motion.

Despite this theory on how she got her powers and why it makes her evil, there’s a difference between gaining powers and then actively using said powers to try and kill your friends. And so the biggest question is this: why did being Killer Frost make Caitlin turn her back on her team to help Savitar?

If Killer Frost is indeed a manifestation of Caitlin’s repressed negative feelings, and if a major source of her unresolved anger and grief is Ronnie’s death, then Killer Frost’s primary motivation is to seek revenge against the people she holds responsible for her losses: namely Barry and Team Flash. Killer Frost does not like Barry. At all. From her perspective, despite all of Barry’s “good intentions,” he leaves a path of destruction in his wake. In the episode “Killer Frost,” she ridicules his attempt to help her by throwing his dead mother in his face. She harshly tells him that Eddie’s, Ronnie’s, and Dante’s deaths are his fault, and she resents the fact that, despite all of that, he still gets to have his happily ever after with Iris (Candice Patton).

And the best way to cut Barry the deepest and to get revenge on Team Flash for the decisions that caused her to lose the love of her life is to take Iris, the love of Barry’s life, from him. In this sense, it’s perhaps the reason she found commonality with Savitar, who also blames Barry for his existence and everything wrong with his life. Since misery loves company, they team up. However, once you actively plot to kill your teammates, it’s crossing into the point of no return. In teaming up with Savitar, she not only went along with the plot to kill Iris as revenge on Barry, but she also tried to kill Cisco (Carlos Valdes), her best friend, on multiple occasions.

One of this storyline’s main problems is that Caitlin felt no sense of responsibility for her actions, despite repeatedly harming the people she supposedly cares about. The moment Cisco offers her a cure, and is subsequently about to be killed by Savitar, somehow sparks the catalyst for Caitlin’s redemption. When a cure didn’t exist, it was easier to excuse all her behavior as Killer Frost because “it was out of her control” rather than take accountability for her negative thoughts and emotions. However, simply taking the cure would not address the core issue, her repressed emotions, and the reason she succumbed to Killer Frost in the first place.

Instead, Caitlin takes a step towards accountability by leaving the team, and the cure, behind. Season four will see the return of Caitlin Snow, but after all this time of being consumed by Killer Frost, how can she stop being evil without the help of the cure? Why should the team trust that she’s better now? Because she said so? All of season three was spent looking for a scientific explanation to an emotional problem. I predict the Caitlin we see in season four will be a more emotionally balanced one. She won’t be the goody two-shoes from the first two seasons who represses all her personal feelings to focus on work, but she also won’t be the destructive, unfiltered Killer Frost from season three.

However, before rejoining the team, she needs to have a conversation with everyone about her actions and acknowledge them in order to rebuild the trust she lost. Specifically, she needs to have a heart-to-heart with Iris, who was affected the most by Caitlin’s decision to team up with Savitar. If Iris and Caitlin are to (believably) become friends in season four of The Flash, accountability and honesty have to form the foundation. Similarly, it’s through being honest with herself about Killer Frost being a part of her identity that Caitlin will truly be able to harness the darkness within as an asset, rather than a liability. 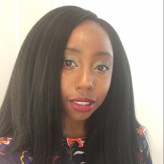