‘2gether’ and the rise of the Boyslove genre

Social media’s impact in spreading pop culture from country to country is immense. Whether it’s music like K-Pop becoming a growing phenomenon or movies like Parasite and shows like Elite, these forms of media are watched by millions all around the world speaking neither Korean nor Spanish. Adding to the list of foreign shows alongside others that have gained international success is a Thai series in the Boyslove genre, called 2gether. The Boyslove genre originated in 1970s Japan as “yaoi,” a subgenre of shōjo manga, that features homoerotic relationships between men, written for and by women. 2gether achieved international popularity through Twitter and Youtube, gaining millions of views and tweets each episode.

Based on the novel of the same name by writer JittiRain, the story follows a college freshman named Tine (Metawin Opas-iamkajorn), who is ready to start college and dating. However, trouble ensues when Tine’s secret admirer turns out to be a guy. Tine refuses his admirer’s advances but his admirer, who goes by the name Green, is keen on making Tine fall for him. After many ridiculously failed attempts at getting rid of Green, his friends finally suggest the only way to do so is to date someone else. With the idea of getting someone that can scare Green off, Tine approaches Sarawat (Bright Vachirawit Chiva-aree), the most popular guy on campus, and asks him to be his pretend boyfriend. As the show progresses, so do the feelings of the characters, and the fake relationship blossoms into something more.

2gether attains its popularity through its cliches. The show has similar tropes seen in any other straight romance drama, which attracts viewers a part of the LGBT+ community, and viewers who enjoy tropes like fake-dating, jealousy, and opposites attract. Although these cliches usually get boring after a while and are somewhat juvenile for a show based around college students, it works for 2gether. The reason for that might be because there are hardly any Asian shows centered around gay couples (let alone romantic comedies), or maybe it’s because of how likable both the actors are, with their good looks and charming acting that sometimes feels amateur but fits their character descriptions well.

Along with being cliché, 2gether has many other flaws, such as the minor plot involving Sarawat’s ex-girlfriend, whose introduction was forced, as if the writers only included her to create more drama. Another flaw was the nonsensical love triangle between Sarawat, Tine, and supporting character Mil. The love triangle literally came out of nowhere, with Mil suddenly becoming a “second-lead,” which was unconvincing throughout. To add to this list of frustrations in this show, the lack of kissing scenes deprived the viewers and created awkward situations between the characters.

When watching the show, some scenes would make you think the characters were about to kiss or do something affectionate, or one of the characters would confess, but it never happens. The flirting and the yearning got a bit tiring after a while and it made one want to scream at the characters, but it also made one like the characters even more. The audience felt connected with Sarawat’s emotion as they watched him yearn over Tine. This, mixed with the swoon-worthy flirting, engaging main leads, hilarious supporting characters, and phenomenal soundtrack makes 2gether worth watching, even if they think the storyline is predictable. At the end of the day, the good in the show outweighs the not-so-good.

The major success of 2gether in international markets popularized the Boyslove genre. One of the examples is the creation of Still 2gether, the sequel to the series, which follows the progression of the couple’s relationship as second-year college students, while each being presidents of a university club. Another example is the cinematic adaptation of the series. The release of 2gether: The Movie was halted due to the widespread of Covid-19 through Thailand, but it did have a theatrical release in Japan. Fans have been waiting for the movie to be finally released in their own local theaters. 2gether’s hype is still alive, and it’s potentially introducing and popularizing the boyslove genre to the rest of the world.

Season one of 2gether can be viewed on Youtube. 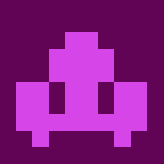