‘Saved by the Bell’ Season two: Justice for Lisa Turtle

Reviews for the second season of the Saved By the Bell reboot are in, and everyone agrees the new show pays appropriate tribute to the original while acknowledging its shortcomings. It’s no secret the ‘90s teen sitcom, while beloved, had plenty of faults. Zack Morris (Mark-Paul Gosselaar) was allowed to behave so terribly that it spawned a web series called Zack Morris Is Trash, there was a glaring lack of diversity, and there were offensive episodes about race and gender.

The reboot attempts to fix these issues by “reimagining” some aspects of the old show, starting with casting a new crop of diverse high schoolers—three are racially or ethnically diverse and one is transgender. However, despite its best efforts, the reboot makes some of the same mistakes it claims it’s self-aware enough to know are problematic.

The most egregious example is the abysmal treatment of the original show’s only Black character, Lisa Turtle (Lark Voorhies). You wouldn’t know from watching the reboot that Lisa was a groundbreaking character, but back in the early ‘90s when Black girls didn’t have much representation on TV, we had Lisa Turtle. Lisa was that girl—beautiful, fashionable, cool, and popular. Scores of Black girls had someone to look up to who actually looked like them.

This almost didn’t come to be. According to show creator Peter Engel, Lisa Turtle was originally written as a white Jewish girl from Long Island. But a young Black actor named Lark Voorhies insisted on reading for the role. She impressed Engel so much that when the casting team protested “Lisa Turtle’s not Black,” he responded, “Well, she is now.”

While that should have been the end of it, as many Black people will tell you, for us, the audition is never over. After the first few episodes of Saved By The Bell aired, the network president told Engel to fire Voorhies because he wasn’t connecting with the Lisa character. In a moment of fortuity, the executive happened to attend a taping of a Lisa-centric episode, where Voorhies was given the chance to shine. No surprise here, she killed it, and her firing was called off.

Lisa Turtle went on to become a trailblazing character on TV. Voorhies’ work as Lisa cannot be understated. For four seasons and a few TV movies, she performed the thankless task of making a mostly white audience comfortable. For a medium brown-skinned girl with textured hair who was never without brightly colored acrylic nails and statement earrings, this was not an easy feat. Lisa was unapologetically Black 30 years ago. She paved the way for so many Black actors to carve out space in the white TV landscape. Lisa Turtle walked so Angela from Boy Meets World, Winston from New Girl, and Chidi from The Good Place could run.

I still see bits of Lisa Turtle in Black characters on TV today. Whitney from new show The Sex Lives of College Girls is a college version of Lisa—stylish, unbothered, and self-assured, whether she’s at a white frat party or the Black affinity house. Lisa grew up to be a fashion designer, but if I was told she instead became a lawyer named Molly on Insecure, I’d believe it. Molly’s sartorial choices, bougie tastes, and ease in all kinds of groups scream Lisa’s influence.

Lisa Turtle deserves her flowers for all she overcame to be on the show and how much she meant to Black people, and especially because so far the reboot’s new Black characters, Aisha (Alycia Pascual-Pena) and DeVante (Dexter Darden), are being treated just as poorly.

In the new show’s second season, we get one-off storylines about Aisha opening up about her bisexuality and dating a girl and DeVante struggling with his girlfriend’s rich family. This isn’t much improvement from Lisa’s development on the old show.

Lisa rarely had an “A” storyline and never got a love interest. Her only developed plot line was seasons-long sexual harassment by Screech, the nerdy foil to Zack. Pretending Lisa was undesirable was such a disservice to her character, not to mention harmful to the show’s mostly teen and female audience. It was also untrue. Voorhies and Gosselaar dated in real life for three years during the show. Had I known then that perennial teenage dream Zack Morris wasn’t interested in head cheerleader Kelly Kapowski or girl next door Jessie Spano, but instead my girl Lisa, my head would’ve exploded.

In the first season of the reboot, Lisa made a five-minute cameo and wasn’t heard from or spoken of again. Making things worse, the new show failed at its attempt to “reimagine” episodes of the old show by updating the old plots for a more socially conscious generation—at least when it came to Lisa.

For example, the original episode “The Bayside Triangle” was one of the rare Lisa-centric episodes. Even rarer, it was the only episode in which she was given a romantic equal—she and Zack briefly date. In other episodes, Lisa was either dodging Screech or other guys she was too good for.

This episode was one of the most in need of “reimagining.” Zack and Lisa’s relationship is quickly put aside to accommodate Screech, who’s hurt by their pairing. Zack promises Screech he won’t date Lisa out of respect for their friendship, never mind talking to Lisa about her feelings or wishes. In the end, Zack and Lisa only continue dating until the episode ends because Screech approves.

In the reboot’s “The Bayside Triangle,” two of the new male students are again fighting over a girl, and they’re told again their friendship is more important. The new episode doesn’t mention Lisa once, and reinforces the same ‘bros before hoes’ ethos as the original. This was a missed opportunity to update this storyline and foreground Lisa. I would’ve loved to have seen Lisa herself call out the misogyny.

Lisa doesn’t fare much better in the reboot’s second season. Though she has more screen time, the scenes are not focused on her character. In “The Last Year Dance,” Lisa joins the rest of the cast for a tribute to Screech. The actor who played him, Dustin Diamond, died earlier this year. In “Wrestling with the Future,” Lisa’s presence is entirely in the service of Jessie’s storyline about dating after divorce.

Diamond sadly no longer has the opportunity to contribute to Saved By the Bell’s legacy. There is no good reason to risk Voorhies suffering the same fate. She deserves treatment equal to her co-stars, starting with Lisa Turtle Easter eggs throughout the new show. Why Lisa’s hilarious zingers, such as “If you don’t get rid of Linda, I’m gonna throw her out the winda,” haven’t made it into the reboot is beyond me. Same goes for any of Lisa’s memorable fashion choices, from her high school power suits and rompers to her love of hats, fringe, and co-ords. All have made comebacks and could be worn today by any of the new cast members.

Voorhies also deserves an interview on the recap podcast hosted by Gosselaar and Zack Morris is Trash creator-turned-reboot writer Dashiell Driscoll. Maybe it’s awkward for Gosselaar to interview an ex, but when everyone from main cast members to guest stars, extras, and the old and new shows’ creators has been interviewed, it’s hard not to feel a way about Voorhies’ absence. Certainly Lisa was as important to the show and pop culture as Ox, Rhonda Robistelli, and the Zeffirelli Twins, background characters who have all gotten airtime on the podcast.

Finally, there’s no better way to pay homage to Lisa Turtle than to give the reboot’s Black characters the meaty material Lisa never got. Aisha and DeVante need way more to do than exist only in relation to their white co-stars. If the past is any indication, if Aisha and Devanate are given the spotlight they deserve, then, just like Lisa, they will shine. 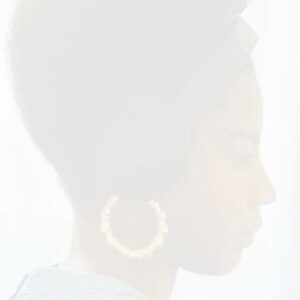