If you’re not watching ‘Yellowjackets,’ you’re missing out

Being stranded on an island is a terrifying experience in and of itself. But what if it’s a perilous, unforgiving wilderness? Yellowjackets, a series created by Ashley Lyle and Bart Nickerson, was one of the biggest surprises of 2021. The Showtime television show, which has a critics’ score of 100% on Rotten Tomatoes, leaves the audience on a cliffhanger every Sunday, only to shock them all over again the next week.

Like Lost, Yellowjackets has a strong cast of female representation, yet it differs from Lost in one important way—in Yellowjackets, the female characters have full control of the narrative. The show additionally demonstrates and, more importantly, emphasizes the value of anticipating each new episode rather than binge-watching the entire show.

Adapted from the Lord of The Flies, Yellowjackets tells the story of a soccer group formed by high-school female students—the titular ”Yellowjackets.” Their life turns upside-down after the brutal plane crash leaves them stranded in no-man’s-land. Surrounded by the unpredictable wildlife, the girls and their coach, as well as two male students, are forced to seek food and shelter. But what happens when the winter comes, and the food runs out?

The audience gets an opportunity to take a look at the past as well as the present in terms of the narrative of the show. Yellowjackets jumps back and forth, portraying the now-adult survivors who still deal with the trauma caused by their heart-shattering history. When a threat appears unexpectedly on the horizon, Shauna (Melanie Lynskey), Natalie (Juliette Lewis), Misty (Christina Ricci), and Taissa (Tawny Cypress) must come together again to find out who’s the blackmailer attemping to reveal more of their dark secrets.

A stellar cast is one of many factors that contribute to Yellowjackets‘ overall rock-solid narrative and the sense of freshness that the show brings to the table. Despite the presence of an experienced cast that we saw on the small and big screen, such as Lynskey and Lewis, the cast portraying young characters keeps up with them without a problem. Sophie Thatcher, Keeya King, Ella Purnell, Sophie Nélisse, and Samantha Hanratty deliver superb, often emotional performances. With each episode, brilliance, aptitude, and magnetism emanating from the actors fill the screen. The creators constructively sculpt each role in this nearly all-female cast, giving them autonomy and distinct qualities to their personalities.

It’s difficult to find an actor who truly embodies and explores the character’s depth while also relating to the person portraying the same but mature character, scarred by the past. The cast of Yellowjackets pulls it off with ease, delivering one of the year’s most memorable ensemble performances on television. Together with the compelling, often shocking, and brutal script, the show keeps its audience’s attention for the entire week while we look forward to a new episode.

Yellowjackets’ closest relative is Lost. Also sporting a large ensemble cast, the two shows share a similar premise and implement the use of flashbacks and flashforwards for their story structure. And while Lost has plenty of female characters, Yellowjackets prioritizes the show’s female representation, manifesting in the ways they take control over the narrative—particularly after one of the coaches dies and another is severely injured.

The majority of survival shows and films are told through the eyes of male characters. In Lost, Matthew Fox’s Jack takes on the role of a leader. Sawyer, played by Josh Holloway, also contributes. One can agree that the series featured a slew of complex female characters, such as Kate (Evangeline Lilly) and Sun (Yunjin Kim). Yellowjackets, on the other hand, focuses entirely on its female characters. It’s not only empowering to see them handle the wilderness, but it’s also beneficial to a young female audience.

On the subject of feminine sanitary products, Yellowjackets doesn’t shy away. It’s one of the most intriguing and important elements of the show, which Lost lacked. Yellowjackets’ creators take on this scorned subject matter and depict the characters boiling and cleaning used linens. What also distinguishes the series from others is the way female characters are crafted. It manifests in many aspects; for example, in the aftermath of the plane crash. The young women are terrified, but they plan ahead of time. They regroup. One party is in charge of hunting, another, of cleaning, and so forth.

Yellowjackets has many more characteristics that contribute to the show’s overall success. The creators attempt to show the works of trauma and how it affects the human mind even after many years. The stain of the past is visible in how the now-grown survivors handle stressful situations as the audience is introduced to them; for example, when Callie, Shauna’s daughter, attempts to blackmail her mother. Shauna’s entire personality shifts instantly, becoming ice-cold and downright brutal. In the show and, particularly in this scene, Melanie Lynskey is magnificent and delivers a truly captivating performance.

Perhaps the show’s success could also be attributed to something else. Yellowjackets is a cable television show that airs every Sunday. There is no binge-watching—every viewer is looking forward to Sunday afternoon and a new episode after talking about the previous one all week. The creators remind the audience of the allure of “not” binge-watching.

As a result, the series is given a special place in our hectic schedules. We make a day of it by maybe preparing a meal, stocking up on our favorite beverage, and then sitting down to watch the latest episode of Yellowjackets. In some ways, the show is nostalgic because it takes us back to a time when we used to celebrate shows weekly with family or friends, having something to look forward to every week. Just as Lost was before Yellowjackets.

It’s truly impossible to fully explain Yellowjackets‘ greatness—you have to experience it for yourself. It’s one of the year’s biggest surprises and, without a doubt, one of the best television shows of 2021 and 2022. The season’s exhilarating, consistent narrative, outstanding cast, and out-of-this-world twists and turns will take you on an adventure that you won’t soon forget.

The Season 1 finale of Yellowjackets airs this Sunday on Showtime. 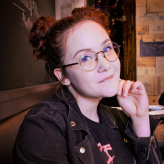