In October 2006, the first issue of Garth Ennis and Darick Robertson’s WildStorm comic series The Boys was released. Its concept, a group of antiheroes banding together to keep the egomaniacal superhero group known as the Seven in line, never seemed suitable for a multi-year comic series. However, it did continue for 72 issues, eventually concluding in 2012 with the “Bloody Doors Off” series.

The property laid dormant for years until 2019 when Prime Video released the first season of a television series based on the comics. Thanks to its extreme violence, the smart changes made to characters and events, and the usage of real-world allegories to drive home its messages, it rightfully became a hit. With its third season finally airing on the platform, it is becoming clear that there is not much left to go with the show, which isn’t necessarily a bad thing given how stellar this new season is.

The titular group of mercenaries is more splintered than ever: Butcher (Karl Urban) has somehow become more obsessed with destabilizing Supes, Hughie (Jack Quaid) is trying to keep the spark between him and Starlight (Erin Moriarty) alive, Mother’s Milk (Laz Alonso) is suffering an OCD-induced nervous breakdown, Kimiko (Karen Fukuhara) is growing increasingly hateful of her abilities, and Frenchie (Tomer Capon) keeps having his former associates pop up in his life. However, as much as they do not want to work together anymore, their lives keep intertwining in ways that make it hard for them to avoid each other.

The same goes for the Seven, albeit in a far more dangerous and volatile way. Homelander (Antony Starr) has been on his best behavior for a year, but if the dead look in his eyes is any indication, it’s only a matter of time before he snaps. Rest assured, he’ll be sure to take the rest of the Seven down with him. The steps towards his eventual coup d’etat depicted towards the end of the comic run have been fully planted, and there’s no turning back on it now.

Season 3 of The Boys is the most exciting one yet. While the show prides itself on bizarre, bloody, and sexual moments that make audiences gasp out loud, this third season hones in on the interpersonal relationships between its characters. The distrust forming among all the members of the Boys due in part to Butcher and Hughie’s usage of temporary Compound V, in particular, is especially well developed. They are written to not necessarily want each other, but rather need each other for their overlapping beliefs or skillsets. The same goes for the Seven, as some members find themselves more united either by their hatred of or need for validation by Homelander.

It is these dynamics that give the performances a breath of fresh air. Kimiko is given a meaty character arc regarding her complex feelings toward her superpowers, resulting in a wonderful wordless performance by Fukuhara. Jessie T. Usher as the speedster A-Train gives a timely and realistic portrayal of a man being confronted by the realities of his status, while Colby Minifie as Vought publicist Ashley Barrett perfects the “woman on the verge of a nervous breakdown” persona. It is performances like these that make Jensen Ackles’ sleepy and relatively emotionless Soldier Boy stick out like a sore thumb. While it makes sense that the character is as aloof as he is given his on-and-off torture over the years, his line deliveries and body language make him feel like he is simply reciting lines rather than actually acting.

However, it should come as no surprise that the real MVP of the season is Starr. His Homelander is especially soulless and evil this season, no longer caring about putting on a facade of heroism. It is a bone-chilling performance, especially given how it is clearly inspired by recent examples of domestic extremism fueled by white male supremacy. Starr is clearly going for critical and awards praise with this performance, and honestly, it’s deserved.

If there is one weak aspect of this season that needs to be addressed, it’s the political commentary. The Boys has never been particularly subtle about its political beliefs, so it should be no surprise that its third season is even more overtly so. The reactionary bigotry of the right and the complacent inaction of the left make up a good amount of the season’s comedy, even making specific references to cringe-worthy political culture moments. The sentiments feel more anarchistic than libertarian, which is especially ironic given its home on Prime Video.

Unfortunately, this type of veiled reference comedy doesn’t always produce laughs, either–a reenactment of a particular viral video is painfully unfunny. Some moments in the season consist solely of allusions to terrible political moments of the last decade. These come off more as attempts at getting viewers to reenact the Leonardo DiCaprio pointing meme than actually having anything meaningful to say. However, you can’t say they’re ineffective in making viewers cringe, which is arguably the entire point of these references.

The third season of The Boys clearly signals an end in sight. With the decaying relationship of the titular group and Homelander going full Joker mode, it wouldn’t be surprising if the next season will be its last. However, this season sets up a compelling and actually pretty terrifying idea of what that potential final season will be like. If it is nearly as character-driven and contemplative as this season was, we are in for a hell of a finale. 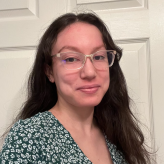