Twenty-four years ago, Sex and the City premiered on HBO, and it quickly became a massive success due to its honest and refreshing portrayal of single women in their thirties and forties navigating careers and relationships. The show didn’t shy away from controversial subject matter such as sexuality, infidelity, and feminism, all topics that most shows at the time had steered clear of to avoid negative attention. Sex columnist and main protagonist Carrie Bradshaw (Sarah Jessica Parker) was seen as a feminist icon while the show was airing and was a prime example of the ‘modern woman of the late ‘90s’. However, while Carrie (Parker) was initially a beloved character, retrospectively, she is seen as the most problematic and narcissistic of the core four. Sex and the City inspired many female-centered shows, most notably another HBO show, Girls.

Girls was created by Lena Dunham, who also stars as the main protagonist, Hannah Horvath (Dunham), a recent college grad and inspiring writer living in Brooklyn, NY,—a lifestyle fully funded by her parents. It’s clear that Sex and the City was an inspiration for Dunham when creating the show, as even in the pilot, there is a Sex and the City reference when Shoshanna (Zosia Mamet) asks Jessa (Jemima Kirke) if she likes Sex and the City poster she has hanging on her wall in her apartment.

Carrie shares many similarities with Hannah. They are both writers, the core of their group of friends, and both feel they have valuable advice to offer society. Carrie, as a sex columnist, is a voice for single women in the city navigating relationships, and Hannah, in the pilot episode, refers to herself as “the voice of her generation” in the hope to convince her parents to keep funding her life until she becomes a successful writer.  This statement lacks complete self-awareness and is painful to watch, but Hannah is completely serious.

This lack of self-awareness is something that plagues Hannah for the entirety of the show, never evolving. She mirrors Carrie in this way, as out of all four women in Sex and the City, Carrie is arguably the most flawed with the most minor character development by the end of the series. The other three women changed tremendously from the pilot to the series. Miranda has a less cynical view of marriage and relationships, as she and Steve get married and decide to raise their son in Brooklyn together. Charlotte realized that her traditional picture-perfect idealized version of marriage doesn’t equal happiness and ended up marrying her divorce lawyer, Harry, and adopting a daughter. Samantha, the self-proclaimed ‘try-sexual’ who had sworn off relationships, is in a relationship with aspiring actor, Smith Jerrod. However, Carrie is arguably in the same place as she was at the beginning of the series, still pinning after Big and making a huge life decision based on another man’s life without making any significant changes. Carrie and Big’s toxic on-again-off-again relationship is similar to Hannah and Adam’s relationship in Girls.

While both women share a lot in common, including their fair share of undesirable qualities, the significant difference between these two characters is how they are perceived by audiences. As mentioned before, despite all of Carrie’s flaws, such as repeated infidelity, her indifference toward other’s feelings, her reckless spending habits, her entitlement, and the way she always prioritized her romantic relationships over her friendships, Carrie was still viewed as a woman to aspire to be: an independent woman making it in New York City. On the other hand, Hannah never intended to be someone viewers would aspire to be. This was intentional on Dunham’s part because many aspects of Girls are based on Dunham’s own experiences. A major criticism of Girls over the years is the unlikeability of its characters, and the way their serious character flaws are presented as minor problems.

Girls was also heavily criticized for its all-white cast in a show set in culturally diverse, New York. All four of the central girls are depicted as coming from wealthy families. Hannah’s parents had funded her entire life up until the pilot. Jessa is constantly traveling across the globe despite never having had a job in her life. Shoshanna’s aunt pays her Nolita apartment rent while attending NYU. Most young adults do not have the luxury of living this way, which makes sense why viewers have difficulty sympathizing with the characters and their issues. Hannah’s main problem is that she genuinely believes she is at a disadvantage compared to the rest of the world. She is so used to people providing for her that she can’t believe she has to work to get to where she wants to be.

By the end of the final season, she is practically the same person she was at the start of the series, minus a few fewer friends, and is now a single mother. While Carrie had a similar lack of development, she was presented throughout the series as already having established herself as a writer. We don’t see Carrie’s journey to becoming a writer and figuring her life out in New York the way we do Hannah, allowing us to have a more sympathetic and forgiving view of Carrie. Another reason why viewers are perhaps less forgiving of Hannah is that she is a millennial. Hannah embodies the stereotypical millennial trope—she’s privileged, entitled, and expects success to come easy.

Millennials are often mocked, with many debating whether or not millennials are worse off than prior generations, or if they are just more vocal about issues every generation has to deal with. While both Girls and the HBO Sex and the City spinoff series, And Just Like That, try to capture what it means to be ‘the voice of their generation’ neither are without their flaws. It is almost impossible to accurately portray an entire generation through a single point of view of privileged individuals.

In 2021, HBO released, And Just Like That, a Sex and the City spinoff series starring the original three women of the core four, notably missing Kim Cattral who played Samantha Jones. The series takes place eleven years after the events in the 2010 film Sex and the City 2. The purpose of the spinoff series seemed to be a way to make up for the flaws in the original series, mostly the lack of diversity. The series introduces a more racially diverse supporting cast, as well as a non-binary identifying person as Miranda’s love interest.

Still, these changes fell flat and often came across as virtue signals. Carrie, Miranda, and Charlotte are now in their late fifties, and it is clear they are no longer in touch with the younger generations and have trouble keeping up with the ever-changing social norms—perhaps it would’ve been a better idea to leave these characters in the past. 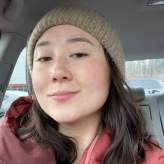 0 0 0
Previous Article'Paper Girls’ 1×04 review: "It Was Never About the Corn” blossoms into a solid exploration of girlhood
Next Article'Stargirl' season 3 premiere review: "Frenemies – Chapter One: The Murder" teases a Starman power struggle