They say there’s no such thing as a happily ever after, but in the world of Hulu’s Love, Victor, dreams can come true. After a season of careening from his ex-boyfriend Benji (George Sear) to dating-apps-gone-wrong to a casual-hookup-turns-potential-boyfriend, Victor’s love story ends with him getting back together with Benji at the Creekwood High School Winter Festival.

After several touching moments of closure with friends and family alike, Victor (Michael Cimino) boards the Ferris wheel (yes, that same Ferris wheel from the ending scene of Love, Simon) alone, only to be interrupted by Benji joining him and declaring that he is all in for Victor. The two share a ride on the wheel, several kisses, and a romantic finish filled with statements of fate, vulnerability, and facing the future together.

The scene has been criticized by some fans for being a little too cliche and corny, and indeed it certainly is. However, I think it’s not only a nice nod to the movie which sparked this series but also a pleasure to see a romcom have a fairytale ending for a gay couple rather than the usual straight couples. This poetic ending symbolizes the very thing that makes Love, Victor such a groundbreaking show: it makes its characters and relationships dimensional and dynamic beyond the somewhat stereotypical LGBTQ+ storyline that focuses on their trauma and hardships.

Of course, that isn’t to say that Love, Victor glosses over the many nuanced hardships that young members of the LGBTQ+ community face in their journey of finding and accepting their sexuality. In fact, Season 3 focuses on very real and sensitive issues pertaining to sexuality and beyond. Love, Victor’s most notable and perhaps most controversial storyline explores religion and homosexuality. After having Victor’s mother Isabel (Ana Ortiz) struggle with balancing her Catholic faith and having a gay son, Season 3 focuses on her growth of truly accepting, supporting, and championing him.

She attends her first PFLAG meeting—an organization standing for “Parents, Families, and Friends of Lesbians and Gays”—and takes Victor to a new church where he can feel comfortable in his own skin. This shift highlights both the ability and necessity of all parents to love and accept their children no matter who they are or what they believe in as well as the increasing—though still not enough—number of churches around the nation whose doctrines emphasize inclusivity, diversity, and safety.

Religion and sexuality are also tied together through the character of Rahim (Anthony Keyvan) as this season digs more into his family and their Muslim faith. At the beginning of the season, when Rahim is still waiting for Victor to tell him if he chose him or Benji, Rahim prays, repeating traditional Muslim prayer. Despite the liberal nature of Love, Victor, this is still a moment that remains relatively groundbreaking for predominantly Western audiences. In an interesting contrast to Isabel’s conflict of faith and love, Rahim’s mother is very supportive and even tells Rahim that God has a plan for him that includes a man who will love him with his whole heart.

It’s a refreshing change of pace not just from the strict ideals of the Salazar family, but also from the stereotypical conservative image of Eastern religions. Despite the relative ease with which Rahim is able to be himself around his mother, however, Episode 6 highlights the remaining dissonance between the Muslim faith and homosexuality when his uncle visits and does not acknowledge the existence of gay people. Rahim is forced to hide his sexuality from his uncle, leading to a pivotal scene where Rahim tells his mother that he will never hide who he is from anyone again.

Rahim’s growth extends beyond his family and into a minor confrontation with Victor himself, culminating in one of the most important moments of the whole series. After Rahim, his new crush Connor (Tyler Lofton), Victor, and his then-boyfriend Nick (Nico Greetham) go out to dinner, Rahim is harassed by several other men because of his openly flamboyant nature.

Victor tells him to ignore them, which is injury enough to Rahim but worsened by the fact that Victor expressed his hesitance to accept an award from the basketball team given to him for his courage in coming out to the school. Rahim explains to Victor that he should be proud to accept such an award, claiming that Victor is only out and proud on his own terms and when he wants to be, which is a luxury that not every gay man has.

Rahim’s statement reflects the work of Love, Victor in highlighting the fact that there is no singular established way in which to look, act, or be gay. From Rahim’s more overtly camp style and mannerisms to Benji’s subdued melancholy to Victor’s classic “boy-next-door” attitude, this show erases the flat, one-dimensional gay stereotypes presented in other films and television series. Rahim’s discussion of the clear difference between how he and Victor embody their sexuality emphasizes a level of hierarchy in how the LGBTQ+ community presents themselves and is consequently treated.

In response to this discussion, Victor chooses to accept the award, leading to the climactic moment of the season and of the series where he gives a speech to the school and community on bravery. He reflects on his past year at Creekwood High and speaks about how Mia (Rachel Hilson), Felix (Anthony Turpel), and Benji have helped to show him the meaning of bravery. As he states, bravery isn’t a lack of being scared, but rather the ability to embrace the scariness and continue to be vulnerable anyway. This speech becomes a mantra of sorts for all of the characters in the last 10 minutes of the series as they embrace the unknown and jump into relationships and conversations that are scary but also exciting.

Victor’s idea of bravery is the perfect way with which to end the season and the series, not just because of how it rounds out the storylines of the characters, but because of how it represents the bravery of this very show in existing and doing such necessary and important work.

In its three seasons, Love, Victor educates viewers through characters with different and well-rounded lives and therefore influences hearts to be open to perspectives they’ve never properly considered. While I am sad to see Love, Victor end, I am pleased with what this show has done in paving the way for more inclusivity in the LGBTQ+ community on screen. If more shows can follow in the footsteps of Love, Victor, there is hope for a world where everyone can grow, love, change, and embrace what makes you uniquely you, no matter how scary that might seem.

Catch all three seasons of Love, Victor on Hulu and Disney+. 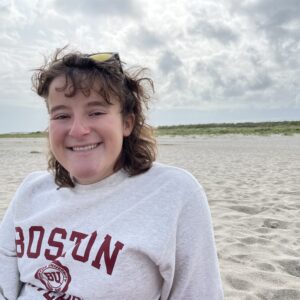