Doublelift is Back and Other Exciting Things in eSports

There are some exciting things going on in the LoL eSports ring at the moment. Here is all the big news from last week.

Doublelift is Back With TSM

Doublelift is undoubtedly one of the most popular League of Legends players. Since the eSport’s inception, Doublelift has been making headlines as one of the top AD players. As we read on the Master Mazuma guides to eSports and eSports betting, an AD carry deals massive damage and a strong one is critical to winning any match, for both gamers and bettors. After a brief hiatus, Doublelift has returned to TSM. This comes at a critical moment in the season for TSM, as the team recently lost to G2 during the Mid-Season Invitational.

Doublelift’s return should make some huge waves, and it will make for some explosive matches in international tournaments. Start placing your bets now.

Again reported by ESPN, Riot Games – the publisher of League of Legends and creator of the NA LCS – has decided to form a player’s association. The intention is to give the players a voice at the table when it comes to decision-making for the game and the sport as it moves forward in the future. This is an interesting choice by Riot, considering similar associations in sports are formed independently of the actual owner of the league. Riot Games has acknowledged the unusual formation of its association though, and has taken steps to remove any conflict of interest. As he said at ESPN:

Greeley also said anyone with a conflict of interest was immediately disqualified. Therefore, anyone who previously worked for Riot or played professionally is not considered for leadership.

While it isn’t exactly a union, it is a step in the right direction for Riot Games. A players’ association will like increase engagement in the community and improve the eSports’ experience overall.

Brace For the Counter Logic Gaming Vs. Immortals Match

The summer split is heating up, and Counter Logic Gaming and Immortals are proving to be the teams to keep your eyes on. They face off on Friday, June 23, and it is sure to be an explosive match. The two teams share similar strengths and play styles. With a matchup like that, only the truly superior team can come out on top.

Those are all the major headlines and updates for the LoL NA LCS. As always, there is plenty of excitement and shake-ups. The game is layered, but a little bit of reading will give you all the knowledge you need to keep up on the season. 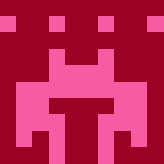 I am passionate about console gaming, virtual reality and esports.