Celebrating a quarter of a century of the Tomb Raider franchise

With around 60 million copies sold worldwide, the Tomb Raider franchise has cemented itself as one of the biggest and best-selling video games of our generation. Originally developed back in 1993 by Core Design, and funded by Eidos Interactive, the game certainly enjoyed humble beginnings in a modest creative studio in Derby.

Core Design had developed a string of video games prior to the release of Tomb Raider, none of which managed to capture the imagination of gamers quite like Lara Croft did. Third-person action adventure gameplay had rarely been explored before Tomb Raider was unleashed onto the masses, with this hot-chick adventurer exploring the mysteries found beneath a pyramid. Although the likes of Doom and Duke Nukem had taken 3D shooters to a new level, it was the ability for the player to see Lara Croft running about and climbing walls and platforms that set Tomb Raider apart.

Despite criticism from certain quarters about the hyper-sexualised design of Lara Croft, it well and truly paid off. This well-spoken, British woman with a penchant for danger resonated remarkably well with gamers. And since the inaugural game’s release almost a quarter of a century ago, there has been a staggering 18 sequels published across 24 different gaming platforms.

Lara Croft’s creator, Toby Gard, was on-hand to accept a Guinness World Record which recognised Croft as “the most successful human video game heroine” of all time. Gard was said to be somewhat of a recluse, spending hour-upon-hour on refining Croft’s animations to inspiring effect.

It was little surprise after the success of Tomb Raider on our computer screens that moves were made to create adaptations of the games on our cinema screens. Back in 2001, Lara Croft: Tomb Raider was an instant box office hit, scooping $274.7m, due in no small part to the performance of Angelina Jolie, who brought Lara Croft to life with absolute distinction, combining sex appeal and an air of fearlessness.

Jolie would star in the second Tomb Raider movie, The Cradle of Life in 2003, grossing a further $156.5m at the box office, but Jolie’s announcement that she had no desire to play Lara Croft a third time meant that the Tomb Raider franchise had to evolve away from the movie screens.

There was a switch from the cinema to our living rooms, as an animated Tomb Raider series was born, produced and broadcast by GameTap. As technology has evolved Lara Croft has become increasingly popular online. iGaming developers have been inspired to provide online casino players with a trip down memory lane too. MrGreen, along with other notable casino sites, offer a highly popular video slot game based on Lara Croft that features scatters, free spins and bonus rounds. Four official Tomb Raider novels have also been written; the first trio were published between 2003-05, followed a 2014 book The Ten Thousand Immortals, published as a followup to the original story.

Next year, Tomb Raider is set to return to cinema screens again for a third feature length movie, featuring Alicia Vikander as Lara Croft. Directed by Roar Uthaug, and due for release on 16th March 2018, it’ll be interesting to see if there’s a further continuation of the franchise on other gaming and media platforms as a consequence of this. 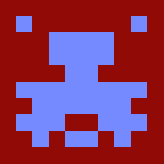 Evelyn has been writing about retro gaming and consoles for 5 years.